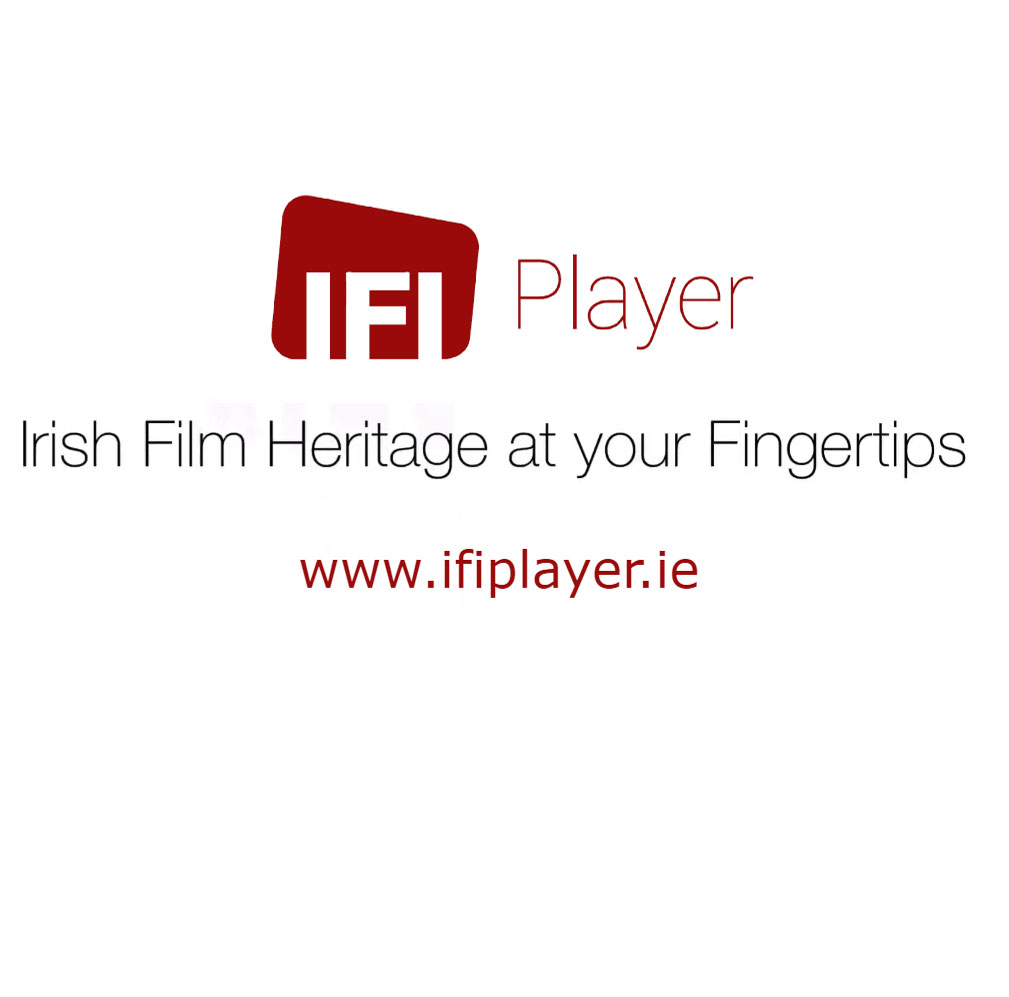 Today, Wednesday 14 September Director of the Irish Film Institute Ross Keane, launched the IFI Player, a virtual viewing room where audiences across the globe can instantly access parts of the rich collections housed in the IFI Irish Film Archive. This is very a significant step in the history of film archives, truly democratizing access to these remarkable collections which includes content from as far back as 1910.

Speaking at the launch today, IFI Director Ross Keane said, “The IFI Player is a ground-breaking development for the IFI, as it allows us to fulfil our mission to make our collections from the IFI Irish Film Archive available to a much broader audience base. Through the IFI Player, audiences across the country and around the world will have the opportunity to access this rich heritage online, and from the comfort of their own homes. It is a highly significant step for us and we look forward to building on the content over the coming months and years. It will truly democratise national and international access to our collections.”

Part of the IFI, the Irish Film Archive collects, preserves and shares Ireland’s national moving image collection, a diverse resource that chronicles over one hundred years of Irish heritage and experience. The Archive collection spans 1897 to the present day, and the most important social, political and historical events of the last century are represented, enabling us to explore our cultural identity and connect with the past.

The IFI Player is a virtual viewing room for these remarkable collections, giving instant access to this rich heritage. Kasandra O’Connell Head of the IFI Irish Film Archive said “The content on the IFI Player has been selected to give audiences a taste of the breadth and depth of the material preserved by the Archive. This project is the result of an extensive Digital Preservation and Access Strategy developed over several years and the collections go through a long process of management, preservation and digitisation before they can be shared with the public. The final clip of film that audiences can access on the player, is the result of months and even years of work by Archive staff.”

Amongst the content on the IFI Player are the following collections:

(please note all images used must be credited as follows: Available to view now on the IFI Player – www.ifiplayer.ie. Courtesy of the IFI Irish Film Archive) Amharc Eireann (A view from Ireland) collection is a series of  Newsreels showcasing Irish interest subjects from hard news stories to lighter magazine like items. Produced by Gael- Linn, Amharc Eireann screened in cinemas from 1956 to 1964. The Horgan Brothers’ films (1910- 1920) are some of the earliest moving images made in Ireland. Brothers George, James and Thomas Horgan began their careers in the late 19th century in Youghal, Co. Cork as shoemakers and photographers. They ran magic lantern shows in Youghal and in the surrounding villages and townlands. From 1900, following the success of their photographic studio and magic lantern shows, James Horgan began to use a motion picture camera to capture current events and their local community. The O’Kalem films can be considered important not only for their claim to be the first fiction films made in Ireland and on two continents, but also because they tell us much about the Irish emigrant experience in America at the start of the 20th century. They are also fine examples of silent era filmmaking by a large American studio.

Radharc was an independent production company established by Father Joe Dunn, Father Desmond Forristal and other like-minded priests to make programmes for television and non-theatrical exhibition.  Between 1961 and 1996 they made over 400 films in 75 countries on social, political and religious issues. Father Jack Delaney was ordained in 1930 at the age of 24 and served as a parish priest in Dublin in the 1930s and 1940s. He served mainly in Sean McDermott Street, Rutland Street and Gardiner Street. His images provide us with a fascinating glimpse of life in inner city Dublin in the 1930s. Films made for Bord Fáilte provide not only a beautiful record of Ireland’s landscape and topography throughout the 20th century, but also serve to illustrate the development of the Irish tourist industry and the image that ‘brand’ Ireland was endeavouring to project, as it marketed itself as an international tourist destination.

The Department of Foreign Affairs Collection

The Department of Foreign Affairs, also known as the Department of External affairs, was one of the many state bodies in Ireland to commission films to be produced on its behalf. Often partnering with the National Film institute (now the IFI) they generally made films on subjects considered to be culturally worthy and educationally important.

Desmond Egan was a skilled amateur filmmaker with a background in professional production. His collection of silent, colour films includes home movies, short dramas and documentaries on a range of subjects. His professional experience no doubt influenced his own film-making activity. His films, unlike those of many other amateurs, are finely-crafted and edited works. Father, later Monsignor, William Reid acquired his first ‘movie’ camera in the mid-1930s. He continued to film a wide variety of subjects until the 1970s.  He filmed in the United States, where he lived for most of his life, and also religiously documented life in Ireland with family and friends during his regular trips home.