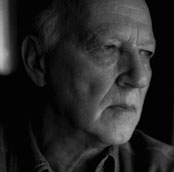 Satellite Q&A with director Werner Herzog following a special preview screening of Lo and Behold: Reveries of the Connected World

The IFI will present a special preview screening of Lo and Behold: Reveries of the Connected World on Thursday, October 13th at 6 p.m. followed by a satellite Q&A with director Werner Herzog and hosted by  actor, writer and director, Richard Ayoade. In his latest offering Werner Herzog turns his unique brand of cultural analysis to the defining technological development of our age, the Internet. Structured as a ten-part essay, he covers topics such as hacking and web addiction, and the unforeseen possibilities and dangers of an artificial intelligence that could ultimately eclipse its creators. Herzog travels to meet the initial pioneers of the technological revolution, and questions how we would now survive in a post-connected world.

Lo and Behold is a playful and troubling film from a master of the documentary form, and sold out its recent screening as part of the IFI’s Documentary Festival.

Born in Munich in 1942, Wernerm Herzog is an actor, writer, producer and director. He has appeared in over 70 films, has published books of prose, and is founder of the Rogue Film School. He was nominated for an Oscar in 2009 for his documentary feature Encounters at the Edge of the World.

Richard Ayoade is an English actor, comedian, writer, director and television presenter. He is best known as Maurice Moss in The IT Crowd – for which he won the 2014 BAFTA for Best Male Comedy.