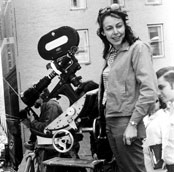 IFI to present a retrospective of the work of filmmaker Elaine May,  August 20th-28th

The IFI to present a retrospective of the work of Oscar-nominated filmmaker Elaine May from August 20th- 28th. The Irish Film Institute will pay tribute to writer/director Elaine May with four screenings of her superlative work from August 20th-28th.

Starting out in the 1950s as a comedy sensation who formed one half of an immensely successful duo with Mike Nichols, May then assumed the role of director for the first time on A New Leaf in 1971, one of cinema’s great comedies, released 45 years ago which she also scripted and starred in. This film revealed the unique authorial voice and ingenious, daring wit common to all four works May directed, projects that nearly all involved a considerable degree of conflict with studios, particularly over swelling budgets and final cuts. These disputes, as well as May’s own elusiveness, have, for too long obscured her inimitable talent as a filmmaker, talent we would like to pay homage to with these four screenings.

Curator Alice Butler says “‘We are delighted to be in a position to screen these four extraordinary films directed by Elaine May, one of the very few female directors to have worked in post-war Hollywood since Ida Lupino and whose distinctive wit and acute depictions of masculinity in crisis set her apart from some of her better known peers.  For too long May’s films were overshadowed by her fraught relations with studios but thankfully they are finally  receiving the acclaim they so justly deserve with Mikey and Nicky frequently described now as one of the unsung masterpieces of 1970s American cinema.”

A New Leaf was May’s directorial debut which she also wrote and starred in alongside an uproarious Walter Matthau. A bankrupt dilettante desperate to maintain his opulent lifestyle after he has squandered his fortune, long-standing bachelor Henry (Matthau) devises a plan to marry an affluent, unsuspecting partner who he then intends to kill off. The film was described by Roger Ebert as ‘one of the funniest movies of our unfunny age’.

A year after the release of A New Leaf, May directed The Heartbreak Kid, a comedy of cruelty that once again suggested scepticism about the sanctity of marriage. Lenny, an emotionally stunted New York salesman who, directly after his wedding to unsophisticated Lila – decides he has made a grave mistake and sets about pursuing Kelly (Cybill Shepherd), a waspy blonde he meets on his honeymoon.

Mikey and Nicky appears to be distinct from May’s more outwardly comedic work, a gangster drama that sees two scruffy, small-time crooks traipse around the run-down streets of Philadelphia. The relationship between the two lifelong friends however – Nicky (John Cassavetes) and Mikey (Peter Falk) – masterfully draws out a central theme of betrayal that is key to all of May’s films.

Ten years passed before May directed her next film Ishtar, a story of two bumbling lounge singers who accept the only job they can get in Marrakesh but wind up stuck in the imaginary land of Ishtar. The film was produced by actor Warren Beatty who was eager to repay May for script-writing she did on Heaven Can Wait and, unaccredited, on Reds.

Tickets for these screenings are available now at www.ifi.ie or by calling the IFI Box Office on 01 – 6793477.