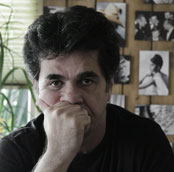 Following September’s Documentary Film Festival at IFI, this Autumn’s Evening Course will focus on documentary; featuring a selection of key films in the genre and welcoming a host of special guest speakers, including Donald Taylor Black, Dr Abigail Keating and Vanessa Gildea.

Starting on Tuesday October 4th and running on consecutive Tuesdays until November 8th the course programme features Jafar Panahi ‘s This is Not a Film (with guest Donald Taylor Black); Agnes Varda’s The Beaches of Agnès (with guest Dr Abigail Keating); Patricio Guzmán’s Nostalgia For the Light (with guest Dr Cara Lavey); Stacy Peralta’s Riding Giants (with guest Stephen Boyd); Göran Olsson’s Concerning Violence (with guest Dr Stephen Baker); and David and Albert Maysles’ Grey Gardens (with guest Vanessa Gildea). The IFI Evening Course is open to all to attend and no previous study is required.

From humble origins, when the Lumière camera documented events as they were happening, the documentary genre has transformed. Filmmakers still set out to depict reality, but they add their own eye and their distinct motivation for telling a story. Covering a vast range of themes, documentary is now a complex film form with its own aesthetic and history. Our Evening Course will consider some of these aspects, in the context of the films screened.

Alicia McGivern, Head of Education at the IFI said “Our Evening Courses prove to be a consistently popular element of our lifelong learning activities at IFI. Participants welcome the opportunity to see titles they may have missed on release or would otherwise not choose to see, and have these contextualised through presentation and discussion. The range of speakers ensures that different views are expressed as well as a variety of presentation styles. Given the documentary festival in September, this is a chance for audiences to explore the form a bit more through a structured course.”

Please note: The course will run on consecutive Tuesdays, commencing at 18.30 unless otherwise stated. Order of screenings may vary slightly.

Oct 4th – THIS IS NOT A FILM -Lecturer and filmmaker Donald Taylor Black will consider documentary filmmaking and the challenges it brings.

Oct 11th – THE BEACHES OF AGNÈS (LES PLAGES D’AGNÈS) Dr Abigail Keating, who lectures on women in film, documentary and European cinemas, will discuss how Varda’s genial approach to telling her own story contrasts with other approaches to biographical film. She will consider Varda’s body of work as evidence of the filmmaker’s rich and enduring life.

Oct 18th – NOSTALGIA FOR THE LIGHT (NOSTALGIA DE LA LUZ) Dr Cara Levey who specialises in Hispanic cinema will examine how Guzman’s approach to memory, combining sumptuous images with taut interviews, prompts consideration of how we deal with the past.

Oct 25th – RIDING GIANTS  Lecturer and surfer Stephen Boyd who is researching Irish surf culture will discuss how Peralta’s truly cinematic film may have you reaching for a board.

Nov 1st – CONCERNING VIOLENCE Dr Stephen Baker will question the effectiveness of the film’s didactic and consider Fanon’s critique of European capitalism, particularly in the light of the recent referendum.

Nov 8th – GREY GARDENS Filmmaker and teacher, Vanessa Gildea, who met and interviewed Albert Maysles, will talk about their observational approach to their subjects, a style which has influenced many films, including her own.

€75 (including tea/coffee) for complete course (concessions €70). Bookings through Sharon Corrigan on 01- 6795744 or email scorrigan@irishfilm.ie Film tickets not individually sold.

For press information and images please contact Michelle McDonagh at the IFI Press Office on (01) 679 5744 or email mmcdonagh@irishfilm.ie.