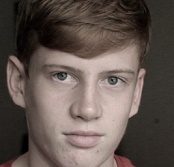 Irish Focus: Born and Reared is on at the IFI on 19th July at 18.30. Directors Dan Dennison and Henrietta Norton will take part in a Q&A.

Conflicts are usually born out of social and economic deprivation, this was no different in 1970’s Belfast but there have been many films made about that, I wanted to return to 2015 Belfast to see how the people of these communities felt about peace today and see if i could find out how they saw their future playing out. I wanted to create a film that heard from the people most affected, not the political players and commentators but the ordinary everyday men of inner city Belfast where the troubles all began nearly 50 years ago.

It was meeting ‘Men’s Action Network’ that inspired me to make Born and Reared. I had met this men’s group in 2014, they gathered to discuss various issues, including alcoholism, depression and stress. Many of their anxieties stemmed from their experiences during the recent ‘troubles’ in Northern Ireland.

I wanted through film to explore whether political peace in Northern Ireland had led to human peace. How do you go from being a ‘soldier,’ a member of an organisation, or a victim of war, back to being a taxi driver or a labourer?

I was struck by the lack of spaces for men to talk. I was also conscious of the stereotype that assumes women to be the emotional ones, free’er to express their feelings and process their pasts. I wanted to see if I could encourage men to do this by opening up and telling the truth about their journey’s and in doing so tell a contemporary story about masculinity and the reconstruction of a post war identity.

The themes explored in Born and Reared seem particularly relevant today in July 2016, following the recent referendum in the UK. In recent weeks the country has been split in it’s opinion over whether to stay in Europe, or not.  The vote has revealed a deep sense of anger across the most deprived parts of the country. The result of this referendum leaves Northern Ireland and the peace process in a precarious place. The border with Ireland will be the only land border between the UK and Europe and no one yet knows what this will mean. Northern Ireland will feel the impact of this decision arguably more than any other part of the UK and the peace that so many have strived for over the past 18 years is now under threat once again, making these men’s stories in Born and Reared all the more poignant.