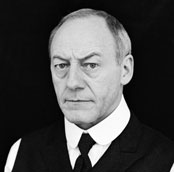 Q&A with actor Liam Cunningham following a special preview screening of The Childhood of a Leader at the IFI on August 18th at 8pm.

Liam Cunningham to attend a special preview screening of The Childhood of a Leader at the IFI on Thursday, August 18th at 8 p.m. The Irish Film Institute are delighted to welcome actor Liam Cunningham for a special preview screening of his latest film The Childhood of a Leader followed by a Q&A on Thursday, August 18th at 8 p.m.

Liam Cunningham is an Irish actor best known as Davos Seaworth in HBO’s smash hit series Game of Thrones, a role that gained him international recognition. He has worked on leading TV series, including Outcasts, Camelot, Dr. Who and Merlin. Liam’s debut film role was as a police officer in, Into the West and alongside his expansive television career he has appeared in many award-winning films, including War Horse, The Guard, Hunger, Safehouse, and the box office hit Clash of the Titans.

An extreme case of nature versus nurture is unfolded in this debut from actor-turned-director Brady Corbet. An adaptation of Jean-Paul Sartre’s story, The Childhood of a Leader is a bold statement of intent which announces Corbet as a filmmaker of vision and ambition. The year is 1918; seven-year-old Prescott is in France with his American diplomat father (Cunningham), a significant player in the war-ending Paris peace negotiations, and his German mother (Bernice Bejo). Increasingly rebellious, the young boy responds to his distracted parent’s emotional neglect in increasingly alarming fashion.

The Childhood of a Leader will open at the IFI on Friday, August 19th with tickets going on sale Monday, August 15th.