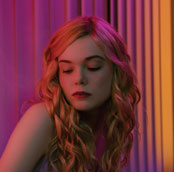 IFI Open Day returns on Saturday, July 2nd with a day of free films and activities at the IFI

IFI Open Day returns on Saturday, July 2nd for a full day of FREE films and activities at the Irish Film Institute in Temple Bar.

On July 2nd, the IFI will once again throw open its doors for a day of FREE films, including exclusive previews, old favourites, cult classics and archive films, as well as offering IFI Membership discounts, competitions, and a chance to glimpse behind the scenes at the IFI with projection booth tours and talks from the IFI Irish Film Archive staff. A new ticket system will be in place where film tickets will become available an hour before each scheduled screening. To keep energy levels up, the IFI will host a delicious BBQ from 4pm and will offer discounts on tea and coffee throughout the day.

A key event in every cineaste’s calendar, the IFI Open Day is a chance for film fans to sample a programme of films specially curated to show the wide range of cinema on offer at the IFI all year round – from catching an exclusive preview of Nicolas Winding Refn’s acclaimed Neon Demon to enjoying a 35mm screening of 1933 ‘scream queen’ classic, King Kong – as well as exploring other facets of the organisation, from the IFI Irish Film Archive to its projection facilities. This year, there will be a NEW IFI Open Day ticketing system: film tickets will be released an hour before each film’s scheduled screening time. Simply queue at the relevant desk in the IFI foyer to pick up tickets (maximum two tickets per person per film) and then enjoy your free movie.

Ross Keane, IFI Director, said: “The IFI Open Day is a special day in the IFI’s calendar of events as we throw open our doors to audiences old and new for a day of free films, demonstrating the breadth of our ongoing programme. This, alongside a series of events that allows customers get a flavour of what goes on behind the scenes, from the Archive to projection, makes for a great day for film fans of all ages. This year’s programme truly has something for everyone, and we’re encouraging people to stay around for the day and soak up the atmosphere from the comfort of the IFI Café Bar or at our BBQ on the terrace.”

A highlight of every IFI Open Day is the exclusive previews it secures for film fans and this year is no exception with Nicolas Winding Refn’s The Neon Demon, Pablo Trapero’s The Clan, and Taika Waititi’s Hunt for the Wilderpeople. The cut-throat world of fashion becomes literally that when aspiring model Jesse (Elle Fanning) becomes the object of envy to a group of beauty-obsessed women in Nicolas Winding Refn’s extremely stylish horror thriller, The Neon Demon. Based on actual events, and winner of the Silver Lion at Venice, The Clan from Pablo Trapero (Carancho, 2010) is an intelligent, gripping, and complex thriller which follows former intelligence operative Arquímedes Puccio as he enlists the complicity of his family in turning to kidnapping as a source of income in ‘80s Argentina. Director Taika Waititi (What We Do in the Shadows, 2014) returns with Hunt for the Wilderpeople, a charming, funny story of a rebellious city kid Ricky (Julian Dennison) who runs away and is chased by foster father Hec (Sam Neill), resulting in a manhunt after police mistakenly believe Hec to have abducted the boy.

This year there is a real treat for archive film fans – Play On! Shakespeare in Silent Film (1899-1940) draws together 24 scenes from the roughly 300 adaptations of the Bard’s work produced during the silent era, including footage from 1899’s King John, the first Shakespeare film ever made, and from 1924’s Romeo and Juliet, which is believed to include Sir John Gielgud’s first appearance on film. Beauty meets the ultimate beast in King Kong (1933) when penniless actress Ann Darrow (Fay Wray, one of the first “scream queens”) joins a filmmaking expedition to Skull Island, said to be home to the mythical Kong. With ground-breaking special effects and one of cinema’s most famous climaxes, the film still has the power to thrill audiences.

For those who love a Hollywood classic, Sweet Smell of Success (1957) centres on the poisonous relationship between powerful, malicious gossip columnist J.J. Hunsecker (Burt Lancaster) and sycophantic, needy press agent Sidney Falco (Tony Curtis) as it compromises everyone it touches in a superbly written film that contains an abundance of pleasures, including Elmer Bernstein’s moody score and James Wong Howe’s magnificent cinematography. For gangster film lovers, one of the all-time greats sees James Cagney in his most iconic role, as the terrifyingly deranged gang leader Cody Jarrett, in White Heat. With nods to film noir and the prison-break genre, the film retains an electrifying power.

For fans of Irish film, there’s a chance to see the imaginative and shocking coming-of-age tale, Disco Pigs (adapted from Enda Walsh’s play), on the big screen again. It’s the story of inseparable teenagers Runt (Elaine Cassidy) and Pig (Cillian Murphy) who, on the eve of their 17th birthdays, face the collapse of their friendship as maturity and sexual desire begins to encroach on their private world.

European titles this year include Amateur, in which Isabelle Huppert stars as an ex-nun investigating less chaste lines of work in a role specially written for her by Hal Hartley (The Unbelievable Truth), one of American independent cinema’s key figures. The Virgin Spring (Jungfrukällan), one of Ingmar Bergman’s most controversial films, takes its inspiration from a medieval ballad in recounting the tale of a father (Max von Sydow) who takes violent revenge against the men who raped and murdered his daughter.

Cult favourites at this year’s IFI Open Day will not disappoint with Brian De Palma’s underrated Phantom of the Paradise, the endearing modern classic The Adventures of Priscilla, Queen of the Desert and Alex Cox’s unconventional and witty feature, Repo Man all slated for a showing. Taking elements from The Phantom of the Opera, The Picture of Dorian Gray, and Faust, and with an Oscar-nominated soundtrack, Phantom of the Paradise sees Winslow, a young musician, betrayed and his life destroyed by unscrupulous producer Swan. Drag queens Hugo Weaving and Guy Pearce are accompanied across the Australian Outback by transgender woman Bernadette (Terence Stamp) as they make their way to a resort for a professional engagement in the light-hearted and affectionate The Adventures of Priscilla, Queen of the Desert. Bored punk Otto (Emilio Estevez) falls in with jaded Bud (Harry Dean Stanton), repossessing cars from owners who can no longer afford them in Alex Cox’s original cult classic, Repo Man, which is filled with sly wit and memorable dialogue.

The popular IFI Audience Choice slot returns again this year. The IFI staff have voted for their favourite films of the past year and the top ten have formed the shortlist for the IFI Audience Choice slot. Votes can be cast by the public from June 15th to 22nd here.  for what they’d like to see back on the big screen one more time.

In addition to free screenings, there is a chance to explore the IFI further with archive talks, trips to the projection booth, competitions and IFI Membership discounts. Throughout the day the IFI Irish Film Archive staff will be on hand to talk about the amazing work that goes on behind the scenes in order to preserve Ireland’s moving image heritage. There will be an ‘Ask an Archivist’ desk in the foyer, where staff will demonstrate different film stocks, and in the Tiernan MacBride Library members of the Archive team will be giving talks about some of the fascinating film projects they are currently working on. As the only cinema in Ireland that can show 70mm (and still shows 16mm and 35mm film as well as a range of digital formats!), there will be a rare chance to witness this highly specialised environment in the projection booth tours. There will be a ‘Fiver a Foot’ competition with a year-long Premiere Friend membership up for grabs too.

IFI Membership will be offered at a discounted rate throughout the day, and special gifts for those signing up to IFI Friends schemes. For IFI Memberships, for one day only the cost is €30 (instead of €35) for an annual Membership; or €15 (instead of €20) for IFI Concession Membership (concession for unwaged, student, or seniors, I.D. required) – which offers free cinema tickets, previews and discounts throughout the year. Those joining as an IFI Premiere Friend on July 2nd will receive a special gift of The Irish Filmography by Kevin Rockett and the eight-set Irish film poster series published for the centenary of cinema in Ireland. For higher IFI Friends’ levels, the IFI will gift an IFI Membership for a person of their choice.

14.00 PLAY ON! SHAKESPEARE IN SILENT FILM

18.00 HUNT FOR THE WILDERPEOPLE

22.30 THE ADVENTURES OF PRISCILLA, QUEEN OF THE DESERT

Tickets available one hour prior to each scheduled screening. Maximum two tickets per person per screening.

IFI Open Day is supported by ExpertAir and Totally Dublin.