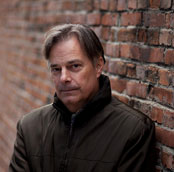 Director Whit Stillman to take part in a Q&A following a special preview screening of his new film Love & Friendship at the IFI, Sunday May 22nd at 6pm. The Irish Film Institute is delighted to welcome director Whit Stillman to the IFI for a special preview screening of his latest film Love & Friendship, followed by a Q&A, on Sunday, May 22nd at 6pm.

An adaptation of Jane Austen’s Lady Susan, Love & Friendship sees Whit Stillman transpose his urbane, ironic brand of humour to 18th century England with delightful results. The recently widowed Lady Susan Vernon (Kate Beckinsale), a scheming, self-interested manipulator, comes to stay with her in-laws, Catherine and Charles Vernon, at their country estate, primarily for the purposes of securing her financial future through a match with Catherine’s eligible younger brother, a plan which come unstuck with the surprise arrival of her daughter.

Whit Stillman is best known for his 1990 film Metropolitan, which earned him a nomination for the Academy Award for Best Original Screenplay, and his 1998 romantic drama The Last Days of Disco. After graduating from Harvard in 1973, Stillman began working as an editorial assistant at Doubleday in New York City and has written for The Village Voice, Harper’s, The Guardian, El Pais, Vogue, and other publications. Faber and Faber published the first two screenplays as BARCELONA & METROPOLITAN: Tales of Two Cities (Faber and Faber, 1995). His fourth film, Damsels in Distress, was released in 2011, premiering out of competition as the closing film at the 68th Venice International Film Festival. Love & Friendship premiered in January 2016 at the Sundance Film Festival.

Tickets for this screening + Q&A are available now from the IFI Box Office on 01 679 3477 or online at www.ifi.ie. Love & Friendship opens at the IFI on Friday May 27th.