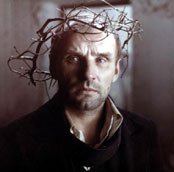 IFI presents Sculpting in Time, a season of Andrei Tarkovsky films from May 14th to 28th

The Irish Film Institute presents SCULPTING IN TIME, a season of Andrei Tarkovsky films, from May 14th to 28th at the IFI.

The IFI will present Sculpting in Time, a season dedicated to one of the true greats of world cinema, Andrei Tarkovsky, from May 14th to 28th, including the exclusive re-release of Mirror.

Despite having sole responsibility for just seven features and a handful of shorts, Andrei Tarkovksy’s work has proven hugely influential; admired by contemporaries, such as Akira Kurosawa and Ingmar Bergman, who said of him: “Tarkovsky for me is the greatest (director), the one who invented a new language, true to the nature of film, as it captures life as a reflection, life as a dream.” He has also had an enduring impact on Russian filmmakers such as Aleksandr Sokurov and Andrei Zvyagintsev, and others such as Béla Tarr and Terrence Malick. A humanist intrigued by notions of faith and spirituality, Tarkovsky’s work also frequently addresses the reciprocal relationship between the artist and society, how the past informs the present, and the individual’s place in and relationship with nature.

Kicking off the season will be Ivan’s Childhood (1962), Tarkovsky’s first feature in 1962 which won him immediate international acclaim as he received the Golden Lion at the Venice Film Festival. During World War II, 12-year-old Ivan (Kolya Burlyaev) works as a spy for a Russian regiment fighting the Nazis, his size making him invaluable as he can cross the German lines unnoticed. Ivan is determined to avenge the death of his parents at the hands of German soldiers. Ivan’s Childhood blurs the boundaries between dream and reality as a means of examining the tension between past and present.

Tarkovsky’s second film in 1966 was an epic, largely fictionalised biography of the great 15th-century Russian iconographer, Andrei Rublev. Broken into eight chapters which recount incidents from the artist’s life, its backdrop of medieval Russia is a time of conflict and cruelty in which Andrei, a humanist who only wishes to inspire with his art, faces his own struggle between the physical and the spiritual.

Tarkovsky’s space-age epic Solaris (1972) is an adaptation of Stanisław Lem’s science-fiction novel. This film probes man’s thoughts and conscience, as it follows a psychologist who is sent to a space station orbiting the mysterious planet Solaris. The crew of the research station are troubled by apparitions of those they have lost, and come to believe that these simulacra have been created from their memories by the planet, which is in some way sentient.

Coinciding with season, Tarkovsky’s Mirror (1975) opens for a run at the IFI from May 20th. This non-linear autobiographical film is considered by many Russian speakers to be his best film and is his most personal meditation on time, history and the Russian countryside. In a series of episodes and images, he captures the mood and feeling of the period just before, during and after the war. Lyrical reminiscences of his mother and of his father’s poetry figure large in the film, along with extraordinary images of nature. Combining black-and-white and color work, with some unusual documentary footage, this highly regarded movie is structured with the logic of a dream.

Stalker, released in 1979, is Tarkovsky’s second foray into science-fiction and is no less of a masterpiece than Solaris. In an area known only as the Zone, there is said to exist the Room, entry to which is believed to lead to the fulfilment of one’s deepest desires. A Writer (Anatoliy Solonitsyn) and a Professor (Nikolay Grinko) seeking the Room entrust themselves to a Stalker (Aleksandr Kaydanovskiy), who is able to navigate the Zone and locate the Room. A film that had to be shot twice after the original stock was ruined during development, it stands as a testament to the director’s perfectionism and precision.

Nostalgia (1983) follows an expatriate Russian writer travelling through Italy who yearns for the homeland of his memory, filled with an ennui that causes him to ignore the attentions of his beautiful translator (Domiziana Giordano), and only roused from his torpor after an encounter with a local mystic, who sets him a challenging task.

The Sacrifice (1986) was to be his final film – Tarkovsky died shortly after completion from lung cancer. At the dawn of World War III, Alexander (Erland Josephson) searches for a way to restore peace to the world and finds he must sacrifice something in return. A film that affirms the power of love, humanity, and faith, it makes for a fitting conclusion to a remarkable body of work.

Tickets for these events are available now here or by calling the IFI Box Office on 01 679 3477.