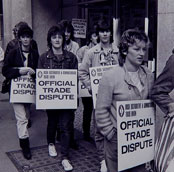 This year’s IFI Documentary Festival, running from September 22nd to 25th, is looking for original and exciting documentary films from Irish filmmakers to include in the festival. So if your film fits the bill, now is the time to prepare your entries as submissions are open for Irish short documentaries (under 20 minutes), and Irish feature length documentaries (over 60 minutes).

Preference may be given to films which are Dublin premieres. Films that have been broadcast on Irish television or on a channel available to Irish television audiences should not be entered and will not be considered. There is no entry fee.

To enter a Short or Feature Documentary:

Send an online link of your complete film to ifidocfest@irishfilm.ie with either Doc Fest Irish Feature or Doc Fest Irish Short  in the subject line. The following information should be included: film title, running time, credits (producer, director), a synopsis of the film in less than 300 words, a detailed  account of the film’s  exhibition history to date  and three high-resolution images from the film.