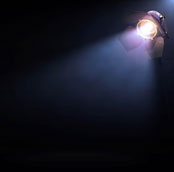 IFI Spotlight, a day focused on the Irish film & TV industry, returns on April 15th at the IFI

The IFI presents a range of opportunities for consuming and engaging with Irish film throughout the year and, now in its fourth year, IFI Spotlight returns on April 15th for a full day focused on both Irish film and television industries. The event, running from 10.00 to 16.30 and chaired by Professor Margaret Kelleher (Chair of Anglo-Irish Literature & Drama at UCD and Chairperson of the IFI Board of Directors), includes a formal review of 2015 output presented by leading Irish film scholars, a presentation and panel discussion on women in film and TV, a soapbox speech from one of Ireland’s leading female film directors and a new strand, In the Pipeline, in which filmmakers share their experiences and creative processes involved with their upcoming releases. The day is complemented by the IFI’s ongoing exhibition of Irish film in its cinema programme, with a strong brace of titles for April, including  Atlantic (Risteard O Domhnaill), Mammal (Rebecca Daly), My Name is Emily (Simon Fitzmaurice) and I Am Belfast (Mark Cousins).

Sunniva O’Flynn, Head of Irish Film Programming, said: “There is much to look forward to in this year’s IFI Spotlight, from our new In the Pipeline strand; considerations of the continuing success of Irish cinema on world screens; new kids on the block in Irish TV; and Pat Murphy’s reflections on her life in film. Most heated perhaps will be discussions on gender equity in film and TV production and Bord Scannán na nÉireann/The Irish Film Board’s welcome response to these demands. And, as ever, these discussions will be framed by the authoritative and incisive review of the past year from two of our leading film academics.”

To open proceedings, Dr. Roddy Flynn (DCU) and Dr. Tony Tracy (NUIG) will together review the film and television output of 2015. They will trace prevalent themes; explore critical and audience response; consider distribution patterns in Dublin, Ireland and elsewhere, and identify factors which may have impacted on production throughout this period.

There will be a particular focus on women in the Irish film and television industry and an examination of moves towards creation of gender equality in the sector. Francine Raveney (Audiovisual Consultant/EWA Network Head of Public Relations) will present a statistical overview of women in the European film industry and will evaluate a range of models designed to achieve gender equality across all areas of production. This will be followed by a panel discussion considering the value of women’s work as storytellers in film; providing available information on women writing, directing and producing in Ireland; considering support for these endeavours by broadcast and other commissioning agencies; and reviewing plans by Bord Scannán na hÉireann/The Irish Film Board to correct gender anomalies in film production in order to achieve gender equality within a declared timeframe. The panel will be chaired by Siobhán Bourke (Irish Theatre Institute) and she will be joined by Dr. Susan Liddy (Mary Immaculate College Limerick); Dr. Annie Doona (Acting Chair, Bord Scannán na hÉireann/The Irish Film Board); Francine Raveney (EWA); and Mary Kate O’Flanagan (Story Consultant).

Where My Ladies, a short documentary about Irish women in film made by students at Dundalk Institute of Technology will precede a presentation in the Soapbox slot by Pat Murphy, one of Ireland’s most respected and prolific female film directors, who will reflect on gender and filmmaking practice, and why she has been drawn to stories of women in her drama and documentary work.

In its inaugural strand, In the Pipeline, producer Katie Holly and director Ken Wardrop will discuss their forthcoming feature films, sharing their production experiences and providing an insight into the creative processes adopted. Katie will talk about Love and Friendship, the film she produced with renowned US indie director Whit Stillman, and Ken will discuss Mom and Me, his much-anticipated follow-up to His and Hers. Professor Margaret Kelleher will facilitate a round-up discussion at the end of the day.