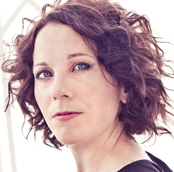 Director Rebecca Daly and actor Barry Keoghan to take part in a Q&A following the opening night screening of Mammal on Friday, April 1st at 6.30pm

Director Rebecca Daly and actor Barry Keoghan to take part in a Q&A, hosted with Women in Film and Television, following the opening night screening of her new film Mammal, Friday April 1st at 6.30pm.

The second feature from Rebecca Daly (The Other Side of Sleep), Mammal is a tightly focused exploration of the troubling bond formed between two damaged people. Margaret (Rachel Griffiths) lives a determinedly quiet life in Dublin with little social life save for solitary trips to the local swimming pool. Her self-imposed isolation ends when she receives a phone call from ex-husband Matt (Michael McElhattan) telling her the son she abandoned in infancy, now a teenager, has gone missing, news which coincides with her decision to give shelter to Joe (Barry Keoghan), a homeless boy she finds beaten up outside her house. As Margaret’s relationship with Joe grows more intimate it becomes uncertain whether her attraction to the boy is that of a surrogate son or a potential lover.

Rebecca Daly studied theatre directing and acting and then went on to study film. Her first short, Joyriders (2006), won the Irish Film Award for Best Short and several international awards. Her first feature film, The Other Side of Sleep (2011) premiered in Directors’ Fortnight at Cannes Film Festival and in the Discovery section of Toronto International Film Festival.  Rebecca was selected to participate in the first Berlinale Residency with her second feature Mammal.