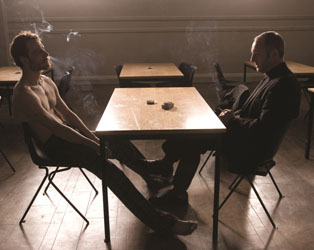 The IFI presents Altered State, a new six-week course asking how filmmakers have defined our nation and examining six films in which a particular vision of an Irish state is portrayed. They offer a view unique to the filmmaker, which will be considered through follow-up discussions with directors and academics.

Please note: The course will run on consecutive Tuesdays, commencing at 18.30 unless otherwise stated. Order of screenings may vary slightly.

March 1st THIS OTHER EDEN with Dr. Ruth Barton.

March 15th THE TIGER’S TAIL In discussion with John Boorman, Dr Harvey O Brien will consider some of the criticism levied at the film on release, and consider its effectiveness as something of a modern-day parable.

March 29th OUT OF HERE with director Donal Foreman and  Tara Brady, film critic with The Irish Times. (Includes  a screening of short film Refuge, also by Donal Foreman.)