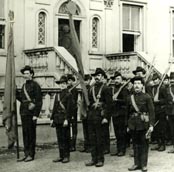 IFI announces its 2016 plans across exhibition, archive and education activities

The Irish Film Institute today unveiled its plans for 2016 across its core areas of exhibition, preservation and education with new programming events, seasons, and partnerships alongside firm festival favourites and key film strands, and the launch of the IFI Player and a new annual schools programme.

For full details on the Irish Film Institute’s plans for 2016 click here.