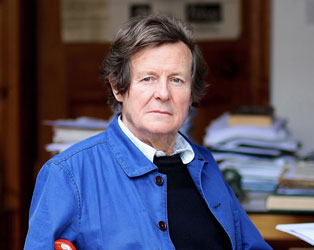 The Irish Film Institute  and Audi Dublin International Film Festival (ADIFF) are delighted to welcome acclaimed writer Sir David Hare to the IFI in Dublin on Saturday 20th February for a public interview with Seán Rocks for RTÉ Radio 1’s Arena. The talk will be followed by a screening of his celebrated adaptation of Michael Cunningham’s novel The Hours.

Also in association with the IFI, the two feature documentary films made under the Arts Council’s Reel Art scheme will also be presented at the IFI during the Festival. Launched in 2008, in association with Filmbase and the Dublin International Film Festival, Reel Art is an Arts Council scheme which provides film artists with a unique opportunity to make highly creative, imaginative and experimental documentaries on an artistic theme.

Claire Dix (whose Reel Art documentary Broken Song screened at the 2013 Festival, winning both the Audience Award and Dublin Film Critics Circle Michael Dwyer Discovery Award) will present We Are Moving – Memories of Miss Moriarty, an intimate portrait of visionary and controversial ballet teacher Joan Denise Moriarty, whilst Christine Molloy and Joe Lawlor (who attended the Festival with their feature film Helen) will present their first feature documentary, Further Beyond, which is a creative exploration of  Ambrose O’Higgins’ journey from Ireland to Chile.

Fionnuala Sweeney, Head of Film at the Arts Council said:“As principal funder of both the Audi Dublin International Film Festival and the Irish Film Institute, the Arts Council is again delighted that the two films made under its Reel Art scheme will premiere at the IFI during the festival. The Reel Art scheme is designed to enable the making of authored documentaries on the arts and in their films Claire Dix, and Christine Molloy and Joe Lawlor, take their own singular artistic approaches to their subjects.”

Tickets to the Reel Art events to be booked only through ADIFF Box Office at www.diff.ie/01 687 7974.