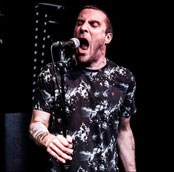 2016 Filmmakers Nathan Hannawin and Paul Sng to take part in a Q&A following the screening of their documentary about the most exciting and uncompromising British band in years, Sleaford Mods: Invisible Britain on Saturday, January 30th at the IFI Sleaford Mods: Invisible Britain shows the most exciting and uncompromising British band in years sticking two fingers up to the zeitgeist and articulating the rage and desperation of those without a voice in austerity Britain. The film follows the Sleaford Mods on a tour of the U.K. in the run up to the 2015 General Election, visiting the neglected, broken-down and boarded-up parts of the country that many would prefer to ignore.