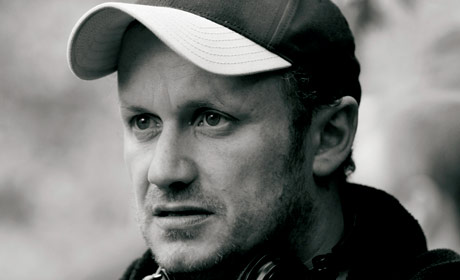 Director Lenny Abrahamson to take part in a Q&A following the opening night screening of his highly anticipated award-winning film Room on Friday, January 15th at the IFI. The screening will start at 6.10pm

Having been awarded the coveted Toronto International Film Festival People’s Choice Award and with nominations for Golden Globes, Baftas and Critics’ Choice awards for Room, Irish filmmaker Lenny Abrahamson has established himself as a director of international acclaim. A native of Dublin, he started making films while a Trinity student with his short 3 Joes winning a number of awards at European Film Festivals. He directed numerous commercials for television in Ireland, the UK and worldwide before taking the helm on his first feature film, Adam & Paul, a humorous, compassionate and ultimately tragic look at the lives of two Dublin drug-addicted friends, written by Mark O’Halloran and released in 2004. Adam & Paul won the Best First Feature award at the 2004 Galway Film Fleadh and the Grand Prix at the 2005 Sofia International Film Festival.

His second feature film, Garage, another collaboration with writer Mark O’Halloran, was selected for Director’s Fortnight at the 2007 Cannes Film Festival and won the CICAE Art and Essai award. The film also won awards for Best Film, Best Director, Best Script and Best Actor at the 2008 Irish Film and Television Awards (IFTAs). Abrahamson has also directed for television: his four one-hour TV film series for RTÉ, Prosperity, which stood out on Irish television as offering a deeply sobering view of Ireland’s Celtic Tiger years, won the Best Director for TV award at the 2008 Irish Film and Television Awards. What Richard Did, his third feature, was released in 2012 to critical acclaim. Written by Malcolm Campbell, the film presents a stark portrait of a privileged Dublin teen whose world unravels over one summer night. What Richard Did premiered at the 2012 Toronto International Film Festival and was also selected for the 2012 BFI London Film Festival and the 2013 Tribeca Film Festival. He followed this up with Frank, starring Domhnall Gleeson, Michael Fassbender and Maggie Gyllenhaal, which tells the story of a young wannabe musician caught up in an avant-garde pop band led by the eponymous and enigmatic Frank, who always wears a giant fake head. Frank premiered to great praise at the 2014 Sundance Film Festival.

With superb performances from its leads Brie Larson and Jacob Tremblay, and having won the People’s Choice Award at Toronto among others, his new film, Room, which he brings to the IFI from January 15th, is highly anticipated. So far this year, it has been nominated for major prizes such as the Golden Globes, Baftas and Critics’ Choice awards for Best Picture, Best Actress, Best Actor and Best Adapted Screenplay. For images and further details please Deirdre O’Reilly at the IFI Press Office on 01 679 5744 or email doreilly@irishfilm.ie.