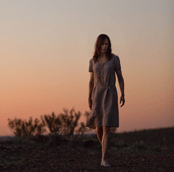 Strangerland co-writer Michael Kinirons and producer Macdara Kelleher will take part in a post-screening Q&A on February 5th at the IFI.

Co-writer Michael Kinirons and producer Macdara Kelleher will attend the IFI for a Q&A following the opening night screening of their new film Strangerland on Friday, February 5th. The screening will start at 8pm.

Strangerland is director Kim Farrant’s assured debut feature, in which Nicole Kidman excels, giving one of her very best performances as a devastated mother whose life is thrown into crisis when her two teenage children disappear into the Australian outback.

Michael Kinirons is an Irish screenwriter and director. He studied English and Philosophy at Trinity College Dublin, earned a Master’s Degree in Film from University College Dublin, and went on to study directing at the prestigious National Film and Television School (NFTS) London. Michael’s five short films have each had successful runs on the international festival circuit and Strangerland is his first produced feature film. Michael is currently writing We Watched the Sun Disappear, a psychological mystery drama/survival movie set in Greenland in 1909. As a director, Michael is currently developing a unique feature project with the Irish Film Board and Fastnet Films that will see James Joyce’s acclaimed short story collection Dubliners brought to the screen, while also prepping to direct his first feature film.

Macdara Kelleher is the Managing Director of Fastnet Films, one of Ireland’s leading film companies. Fastnet’s collection of film and television productions has received over twenty-five Irish Film and Television Awards. Previous films have premiered at the Cannes, Toronto, Sundance, Berlin, Locarno, Edinburgh and Telluride festivals as well as being nominated for the European Film Awards.