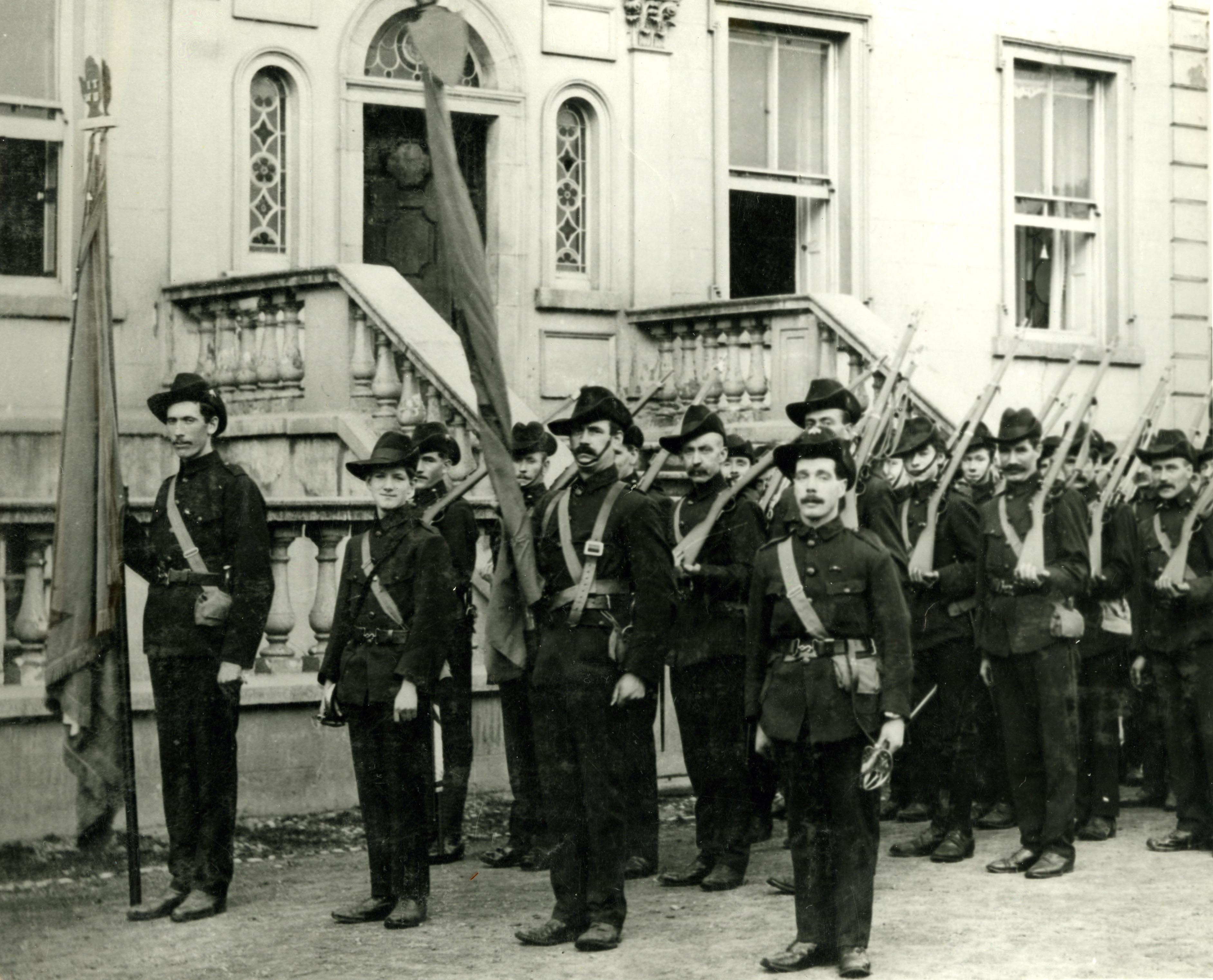 IFI announces plans for 1916 Centenary with ‘Appraising the Uprising’

The Irish Film Institute to mark 1916 Centenary with ‘Appraising the Uprising’, a broad-ranging series of film programmes at the IFI, throughout Ireland and abroad in 2016.

In 2016 the IFI will present a range of film programmes at the Institute in Temple Bar, throughout Ireland and internationally, that reflect the evolution of Ireland as an independent state since 1916. This series of curated packages will draw on contemporary and archival materials from the IFI Irish Film Archive and repatriated from overseas archives – indigenous and foreign, fictional and factual – to enhance audiences’ understanding of Ireland and the history that has shaped it, and to explore contemporary Irish society through a range of cinematic experiences.

During March, the IFI will host five key events comprising of work by John Ford, David Lean and Jack Cardiff, 1916 newsreels, ciné-concerts and a series of short films from the Irish Film Board/Bord Scannáin na hÉireann. The month-long series starts with the seminal 1926 drama, Irish Destiny accompanied by a solo performance of a score by composer Mícheál Ó Súilleabháin. It continues with John Ford’s adaptation of Sean O’Casey’s remarkable The Plough and the Stars, featuring fine performances from Barbara Stanwyck and Barry Fitzgerald, and a screening of Ryan’s Daughter (1970), David Lean’s passionate love story set against the backdrop of 1916. Both of these screenings will be preceded by an introduction from a leading Irish cultural commentator.

On Easter Sunday, at the IFI there will be a presentation of a ciné-concert featuring a programme of newsreels documenting events immediately preceding and following the Uprising in Dublin in 1916. The IFI will repatriate these newsreels from international archives, such as the Imperial War Museum, and other news agencies, and will present surviving newsreels in their original complete form with live musical accompaniment. Easter Monday will see a collaboration with RTÉ 1916 to present free screenings of The Young Cassidy (1965), the Jack Cardiff/John Ford fictionalised biopic of Sean O’Casey; and After ’16, short films from the Irish Film Board/Bord Scannáin na hÉireann, inspired by 1916.

Throughout the same month at the Institute, the Archive at Lunchtime strand will also present free lunchtime screenings of short 1916-related films called ‘Reviewing the Revolution’.

Nationally, the IFI will present Mise Éire, Irish Destiny, and The Plough and the Stars at venues around the country, including Limerick, Wicklow and Galway, and will co-host a series of walking tours and film screenings connected with 1916 architecture. The Cinemobile will also take the Centenary programme to venues around the country throughout the year (venues to be confirmed).

Abroad, IFI International, with the support of Culture Ireland, will facilitate over 100 programmes of Irish film globally throughout 2016, including a programme of Irish emigrant silent films with live music at Cuala 2016 in New York, a major Irish cultural festival at the Kennedy Center in Washington, and events in Canada, South America and throughout Europe. More international events will be confirmed and announced in the coming weeks.