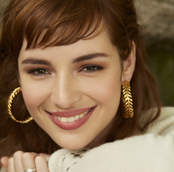 In addition to this year’s Guest of Honour, Jacques Audiard, we are delighted to also welcome Thomas Bidegain, who has collaborated with Audiard on several scripts, including A Prophet, Rust and Boneand Dheepan, and who presents his directorial debut, The Cowboys; Noé Debré, who apprenticed Bidegain and worked on Dheepan and The Cowboys; and actress Louise Bourgoin, star of two new films: The White Knights and I Am a Soldier, to the IFI French Film Festival.

Award-winning filmmaker Jacques Audiard will make a special trip to the Festival this year to take part in a Q&A following the Irish premiere of his Palme-d’Or-winning Dheepan, a masterclass during which he will share his vast experience of filmmaking and in a post-screening Q&A after his Oscar-nominated 2009 film, A Prophet.

Thomas Bidegain is a director and screenwriter who has collaborated with Jacques Audiard on several scripts including A Prophet (2009), for which he, together with Audiard, won the César for Best Original Screenplay; Rust and Bone (2012) for which they won the César for Best Adaptation; and Dheepan, winner of the Palme d’Or at this year’s Cannes Film Festival. Bidegain will attend the Festival to present the screening of his directorial debut, The Cowboys which premiered at Cannes 2015 as part of the Directors’ Fortnight selection.

After studying Classics at the Sorbonne, Noé Debré apprenticed with screenwriter Thomas Bidegain. Since then he has written and collaborated on several feature film screenplays including Anthony Marciano’s Les Gamins (2013); Smart Ass (2014) by Kim Chapiron; Fred Grivois’s thriller Through the Air (2014); Cannes 2015 Palme d’Or winner Dheepan by Jacques Audiard; and the debut feature by Thomas Bidegain, The Cowboys, due for release in France in November 2015. He will join Audiard for a discussion after Dheepan and will accompany Bidegain to discuss The Cowboys.
Actress Louise Bourgoin was born in Rennes, where she graduated in Fine Art in 2004 and prepared to embark on a career as a graphic artist. In 2007, while working as a presenter in a comedy show on the French TV channel Canal Plus, she was spotted by the director Anne Fontaine who cast her in the film The Girl from Monaco with Fabrice Luchini, released in 2008. Since then, Louise Bourgoin has been focusing exclusively on cinema, working with acclaimed directors like Luc Besson, Nicole Garcia, Anne Fontaine, Guillaume Nicloux, Joachim Lafosse or Lucas Belvaux. She stars in two films during this year’s Festival, The White Knights by Joachim Lafosse and I Am a Soldier, a first feature by director Laurent Larivière which screened in Un Certain Regard at Cannes this year. Bourgoin will talk about her experiences working on The White Knights on November 27th, and I Am a Soldier at the Festival.

Tickets are available to buy at www.ifi.ie/frenchfest or at the IFI Box Office on 01 679 3477. For more information, interview requests and images, please contact Deirdre O’Reilly (doreilly@irishfilm.ie) at the IFI on 01 679 5744.