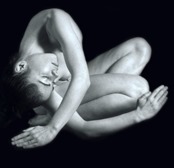 IFI BLOG – VISUALISING THE WORK OF MÁIRE MHAC AN TSAOI

Deargdhúil: Anatomy of Passion will be screened on Nov 16th at 20.30 at the IFI.

The words ‘subversive’ or ‘transgressive’ wouldn’t be the first to come to mind for most people if they were asked to give their impressions of Máire Mhac an tSaoi. She is highly respected as a poet and as a public figure, and is perhaps seen as a grand lady of an old world. It is less well known that she was part of a literary revolution that helped modernise the Irish language. At 93 years of age, she is one of the greatest living Irish poets (in any language). When Louis de Paor suggested Máire Mhac an tSaoi to me as a documentary subject a few years ago, initially I was most interested in finding ways of visualising her poems that were as visceral and as challenging as her work. I was astonished that she had written poems so brutally honest, personal and explicit in the Ireland of the 1950s and 60s. From the beginning we discussed dramatising the poetry in some way so that it was an integral part of the narrative, rather than a diversion in a constructed ‘dramatic arc’ in a documentary biopic. But how do you visualise a poem about something as intimate as a miscarriage? I was also interested in creating a parallel journey that would give a sense of an inner life and poetic process. And how do you visualise a poem appearing in the ether of a poet’s consciousness? I circled this for a long time before having a very strong visual idea which was borne out by the serendipitous appearance of the performance artist Maureen Fleming. There is no-one else who could have played this role. We chose pieces of movement poetry that Maureen had created, and which she performs all over the world, but we filmed them in a different way to how her work is usually represented, and edited them to accompany selections of Máire Mhac an tSaoi’s poetry. They transport us into both inner space, and a heightened, dramatic literary dimension as an embodiment of Máire’s poetic persona. They are beautiful, sensual, challenging and confronting. As the project evolved I became more fascinated by the schism in her own nature that Máire Mhac an tSaoi often talks about. A linguistic ‘schizophrenia’ that was shaped by, and is reflected in Irish society. In choosing Irish as her poetic medium, she was able to write from the heart in a cultural blind spot that allowed her to speak freely in code of things rarely spoken. Drawing on a native tradition where female sexuality was not shameful.

“I was very lucky to write in Irish. If I had used the word ‘bed’ in a love poem in English, it would never have been published, but nobody reads what you write in Irish or very few people do, and they’re not likely to be shocked.”

I care little for people’s suspicions

I care little for priests’ prohibitions

Anything save to lie stretched

Between you and the wall

In a sense, one ‘silencing’ enabled the expression of another. These public declarations of feminine desire came decades before the modern women’s movement in Ireland. That’s what is so achingly beautiful about bringing Máire Mhac an tSaoi’s poetry to the screen. For me, as a filmmaker, as a woman, and as an Australian who learned Irish as an adult, it’s a bit like being handed the ark.

We didn’t cover this story at length in the documentary, but it’s certainly worth mentioning here in light of current debate about women’s representation in Irish theatre.

As a young woman Máire applied to the Abbey Theatre school of acting. She tells the story in her autobiography The Same Age as the State:

“What I really wanted to be at that time was an actress, not in films – I was too highbrow for that – but on the stage.”

Her father Seán MacEntee prohibited this by “making it quite clear in advance, to the Abbey authorities, that he had no intention of ‘putting his daughter on stage.’” Máire Mhac an tSaoi went on to write poems that give us some insight into her fraught relationship with her father, and that deal with the difficult legacy of a violent past. She is the only female poet (that we know of..) who has written from direct experience of the Easter Rising in 1916. Her poem Fód an imris: Ard-Oifig an Phoist 1986 (Trouble Spot: General Post Office 1986) which addresses her father, is featured in Deargdhúil: Anatomy of Passion.

An paróiste míoriúltach, (The miraculous parish) was the bible for this project. It is a collection of the first ever translations of Máire Mhac an tSaoi’s poems, published in 2011 and edited by Louis de Paor, who also wrote a comprehensive introduction. This made it possible for me to work with the translations and Louis’ text as source material. Another crucial element in this documentary is the personal archive. Seán MacEntee was an early home movie enthusiast armed with a 16mm film camera. I had heard of the existence of the material and it took a lot of digging to unearth it, but when we found it, it was like finding gold. Much of it was shot in Dún Chaoin in West Kerry in the 1930s when Máire was a young woman, and it has a luminous, dream like quality. The material is held by the IFI and has never before been seen by the public.

Deargdhúil: Anatomy of Passion was produced with the support of TG4 and the Arts Council under the Splanc! scheme for creative arts documentaries.

Tickets are available here for the IFI screening on 16th November at 20.30