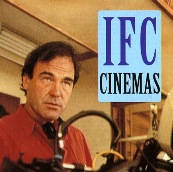 The IFI Irish Film Archive’s Tiernan MacBride Library clippings archive contains over six thousand files relating to Irish Film including Irish film and television productions, Irish actors and directors, censorship in Ireland and the history of Irish cinemas. Newspaper reports, film reviews, journal articles and letters of correspondence are only some of the sources which are included in this valuable film resource. In today’s blog, we look at five files which represent the riveting and often surprising material which is available for consultation in the clippings archive.

Constance Smith was an Irish actress born in Limerick in 1928 whose success in a film star lookalike contest at 17 led to a contract with Arthur J. Rank. [1] Fired by Rank because of her volatile temperament, success beckoned when she signed with 20th Century Fox, married actor Bryan Forbes and hosted the 1952 Academy Awards. By 1954 her marriage had ended and she had had an abortion paid for by the film studio. [2] Embittered by professional disappointments she took the first of several drug overdoses in 1958. In 1962 she was imprisoned for stabbing her lover, director Paul Rotha – she stabbed him again in 1968, married him in 1974 and eventually left him. She died in London in 2003, spending her later years moving between hospitals and hospices. QUACKSER FORTUNE HAS A COUSIN IN THE BRONX (1970)

In this bizarre but enjoyable off-beat comedy Gene Wilder plays the eponymous hero Quackser Fortune, an eccentric Dublin manure salesman whose livelihood is threatened by industrialisation in 1970s Ireland. The film follows his romantic encounters with an American exchange student played by Margot Kidder and Wilder skilfully depicts a man who combines “sex, fun, innocence, simplicity” [3] while being out of step with the modern world. Director Waris Hussein captures the backstreet reality of Dublin’s streets, which are gracefully portrayed as full of individual character. Dublin-born screenwriter Gabriel Walsh wanted Quackser’s character to communicate a message of integrity and individuality to audiences, “do not become one of the masses; don’t be put in a mould.” [4] Writer Gabriel Walsh (pictured) speaks about the genesis of Quackser Fortune has a cousin in the Bronx. Excerpt from the Cork Examiner in the clippings archive of the Tiernan MacBride library. [5]

Writer Gabriel Walsh (pictured) speaks about the genesis of Quackser Fortune has a cousin in the Bronx. Excerpt from the Cork Examiner in the clippings archive of the Tiernan MacBride library. [5]

STANLEY KUBRICK AND THE I.R.A.

Written and directed by Stanley Kubrick, Barry Lyndon tells the story of an ambitious Irish 18th century adventurer who is determined to gain a higher place in life. It is based on The Luck of Barry Lyndon, a William Makepiece Thackeray novel inspired by the true story of the Anglo-Irish rogue Andrew Robinson Storey. [6] The film was initially shot on location in Ireland in 1973 in famous historical buildings including Powerscourt House, Waterford Castle and Dublin Castle. In 1974, Kubrick received intelligence that his name featured on an I.R.A. hit list because of his depiction of English soldiers on Irish soil. It has since been reported that bombs may already been planted on Barry Lyndon’s Irish film locations by the time filming was moved to England two days later [7]. Stanley Kubrick on the set of Barry Lyndon in Waterford in 1973. Copyright 1973 Pat Heavin. From a 2015 Irish Times article in the clippings archive of the Tiernan MacBride library. [8]

THE CLIFFS OF MOHER, FILM STAR

Drawing almost one million visitors a year, the spectacular cliffs of Moher in Co. Clare feature in well-known films including Ryan’s Daughter, Into the West and Harry Potter and the Half Blood Prince. The clippings archive reveals that they also double as the Cliffs of Insanity in the brilliant and gently subversive fantasy film, The Princess Bride. During a key scene, the Dread Pirate Roberts doggedly pursues Buttercup’s kidnappers up the sheer rock face of the cliffs and fights a duel with Inigo Montoya at the summit. The thrilling climbing scene was captured by director Rob Reiner over several days, using a single stuntman who was suspended hundreds of feet in the air in a harness over the Cliffs of Moher.

Oliver Stone’s Natural Born Killers, depicting the murder spree of two psychopathic lovers, was rejected by the Irish Film Censor and by the Appeals Board of the Censor’s office. The Irish Film Centre, (now the IFI) which argued that as a private film it club was within its rights to show the banned film, scheduled screenings to run from April 1995. The Department of Justice threatened “most serious” [9] legal action if the screenings went ahead, citing reports of copy-cat killings in the US and France, which had already been discredited by the British Board of Film Classification. Faced with the threat of possible closure the IFC’s board cancelled the film’s run. The controversy sparked debates about censorship, freedom of expression and the wide-reaching implications of the State’s intervention.

The IFC’s April-May ‘Season on Censorship’ programme in 1995 which went ahead without the advertised screenings of Natural Born Killers. Copyright 1995 The Irish Film Institute.