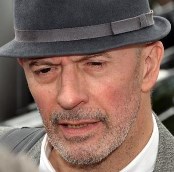 Bringing the crème de la crème of French cinema to Ireland, and now bigger and better than ever, the IFI French Film Festival returns for its 16th edition from November 18th to 29th with a massive 35 screenings (including 16 Irish premieres), a national tour of key titles across Ireland and a stellar line-up of guests that include Palme d’Or winner and acclaimed director of Rust and Bone, A Prophet and The Beat that My Heart Skipped, Jacques Audiard.

Audiences can expect a superb programme of brand new French cinema at the IFI French Film Festival over 12 exciting days, including work from Emmanuelle Bercot, Arnaud Desplechin, Philippe Garrel, Guillaume Nicloux, Jérôme Bonnell and, Festival Guest of Honour, Jacques Audiard. There will be a focus on the 1970s with three remarkable films, and a retrospective on one of France’s most respected directors, Audiard, including a masterclass with the man himself. Those living outside of Dublin can experience the drama and thrill of the Festival also as a selection of films will tour nationally in collaboration with access>CINEMA.