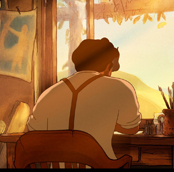 DISCOVER THE RICHES OF ARABIC FILM AT DAFF…

The Dublin Arabic Film Festival runs at the IFI from 13-15th November 2015. Curated by Jim Sheridan and featuring five wonderful films including the amazing animation THE PROPHET, this is a unique chance to sample the delights of one of the world’s most vibrant and diverse film cultures.

Festival President Jim Sheridan said ” The cinema of the Arab speaking nations is extraordinarily rich and steeped in history; we are pleased to be in a position to once again take the measure of what’s currently exciting in this part of the world and to bring these films to Dublin audiences. We are proud of this year’s programme, which features five films chosen to reflect the diversity of the lands they come from. We open with The Prophet, a wonderfully animated version of Kahlil Gibran’s classic fable written and directed by Roger Allers (The Lion King), featuring the voices of Salma Hayak and Liam Neeson, and music from our very own Glen Hansard and Damien Rice. Cairo Time is an engaging comedy drama with a cast featuring Egypt’s most beloved stars Nour El-Sherif, Mervat Amin and Samir Sabri. Our closing film, The Idol, is one of the most anticipated of the year as it is the latest from the acclaimed Palestinian director of both Paradise Lost and last year’s stunning Omar, Hany Abu-Assad. “

Check out the full programme and book tickets at www.ifi.ie/daff