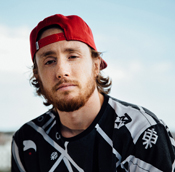 After a brilliant weekend of documentaries, special guests, panels, Q&A’s and fun audiences at IFI Doc Fest 2015, the IFI has announced the winners of the two audience awards as voted for by the public. Congratulations to the winners!

With the IFI Doc Fest going from strength to strength we’ll  be back next year. Keep an eye out for updates about 2016 on www.ifi.ie/docfest.