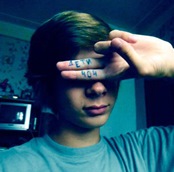 Pride at the IFI: Children 404

This Pride 2015 is a special one for the IFI and for Ireland. The same-sex marriage referendum result was a big step forward for the country as a whole and especially for the LGBT community that has suffered so much discrimination and legal inequality over the years. So, with good news at home, it is perhaps fitting that this year the IFI and Pride 2015 reflects on the difficulties faced by LGBT communities around the world and the global fight for gay rights.

Children 404 on June 24th at 18.30 looks at an online community called Children-404 founded by journalist Lena Klimova for Russian teenagers to discuss LGBT issues in a society moving to enshrine anti-homosexual prejudice in law. Dozens of members share their stories and experiences of bullying and rejection by friends and family, while Klimova and fellow activist Pasha bravely go before the camera.

Heartbreaking and horrifying as these tales are, the courage and resilience of the teens involved is ultimately inspiring.

The IFI’s Wild Strawberries Film Club for the over 55s are also celebrating the occasion. This month’s selection on June 24th and 26th at 11am is Matthew Warchus’ wonderful 2014 film Pride featuring Imelda Staunton and Bill Nighy. Set during the miners strike, the workers find an unlikely ally in the London Chapter of lesbians and Gays Support the Miners.

Tickets are available from the IFI Box Office in person, by telephone on 01 679 3477 or online at www.ifi.ie.

Children 404 is presented in association with the National LGBT Federation and Dublin Pride 2015.

For more information and images please contact Patrick Stewart at the IFI Press Office on 01 679 5744 or email pstewart@irishfilm.ie