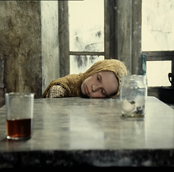 The IFI presents Tarkovsky’s Stalker in its new monthly strand, The Bigger Picture

Andrey Tarkovsky’s visionary work, Stalker, with an introduction from critic Donald Clarke, opens the IFI’s new The Bigger Picture series on Wednesday, April 15th at 18.30. These new monthly screenings present a revered film from world cinema history with an introduction from a filmmaker, film critic or academic, who will aim to justify its importance in the canon and identify its resonance for modern audiences.

A hugely influential film, Stalker is set in some future world where the Stalker of the title takes two clients, a disillusioned writer looking for inspiration and a scientist looking for a breakthrough, on a journey intended to fulfil the deepest wishes.

Donald Clarke is the chief film correspondent of The Irish Times and a regular columnist with the newspaper. His musings on film can also be heard regularly on national radio and he maintains the Screenwriter blog for The Irish Times.

Head of Programming at the IFI, Michael Hayden, said ‘With this new strand, we hope to contextualise celebrated films from cinema’s history. Beyond this being a chance to see these great films on cinema screens, we want the screenings to inspire and provoke. Hopefully there will be debate about whether this deliberately canonical approach to programming is helpful in addressing how we engage with cinema and in providing a platform for discussion about the type of films audiences want to see at IFI.’

Tickets for The Bigger Picture: Stalker are available from the IFI Box Office on 01 679 3477 or here.