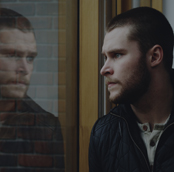 Rising star Jack Reynor will join director Gerard Barrett for the Opening Night screening+ Q&A of the award-winning Irish film Glassland on Friday 17th April at 18.30. Reynor made his name as the star of Lenny Abrahamson’s What Richard Did, for which he recieved an IFTA Rising Star Award. Reynor’s critically acclaimed performance in Glassland recently won him the World Cinema Special Jury Prize for Acting at the 2015 Sundance Film Festival.

Glassland is Reynor’s first collaboration with Gerard Barrett, who shot to national attention in 2012 with his micro-budget breakthrough first feature Pilgrim Hill, and confirms his promise as one of Ireland’s most vital young filmmakers.