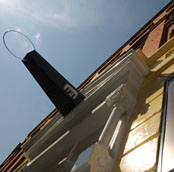 The IFI revealed details of its Programme for 2015 with a selection of new strands, including The Hangover Lounge, Rock’n’Roll Cinema and The Bigger Picture, alongside many established favourites

The IFI announced its Programme for 2015 today. Festivals will, once again, play a central role in the IFI’s exhibition plans. This year the IFI French Film Festival (November 18th-29th) will present some of the finest new French features alongside programmes of classic titles and films from emerging directors, with special guests and masterclasses to be announced later in the year; the IFI Family Festival (July 16th-19th) will present four days of films and workshops for our younger audiences this summer; while IFI Horrorthon (October 22nd-26th) will see the annual gore-fest back on our screens for five days over the Hallowe’en Bank Holiday Weekend, also with special guests yet to be announced.  There’s also a new name on the festival calendar – IFI Documentary Festival (September 23rd-27th) is replacing IFI Stranger Than Fiction and will present the best documentaries from Ireland and around the world over an extended five-day period. There will also be an industry component to the Festival giving new and established documentary filmmakers the opportunity to discuss their work with international filmmakers and sales agents.

The IFI’s exhibition strategy sees a number of ongoing strands presenting different types of work, in different ways, each month. Three terrific new strands start over the next two months: going back to film school with The Bigger Picture, striking a chord with Rock ‘n’ Roll Cinema, and creating an indulgent afternoon of classic double bills and brunch with The Hangover Lounge.

Ross Keane, Director of the IFI said “We are delighted to present an exciting slate of events coming up at the IFI this year, comprising of many old favourites alongside some fantastic new programming initiatives and strands. The IFI’s exhibition plans continue to illustrate the full breadth of its wide and varied programme, presenting a broad range of films and events in Dublin, nationwide and internationally. While our unveiled Programme 2015 plans highlight some hotly anticipated events, there are still plenty of other changes and surprises that have yet to be revealed.”

FOR FURTHER DETAILS OF THE IFI PLANS FOR 2015 SEE THE PRESS RELEASE HERE.