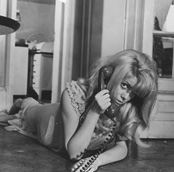 The IFI’s spring evening course will return to first principles with an introductory look at film studies. Running over six weeks, each evening will start with a screening of a selected film by a guest speaker who will use it as a springboard for a talk about key aspects of film theory such as cinematography, sound, style, narrative, the role of the critic and the filmmaker. The fine line-up of speakers includes Jim Sheridan and Irish Times film critic Tara Brady.

The varied programme reflects the passions and expertise of the guest speakers while also providing a rare opportunity to see six critically-acclaimed and much-studied films in the cinema. The course will take a back to basics approach and no previous study is required, just a passion for film and a desire to see more.

The complete course costs €70 (€65 concs). The course will run from March 3rd – April 7th on consecutive Tuesdays except for March 18th which is a Wednesday. To book tickets call Sharon Corrigan on 01 6795744 or email scorrigan@irishfilm.ie.

Film tickets not individually sold. Order of screenings may vary.

For more media information, interview requests or images please contact Patrick Stewart at the IFI Press Office on 01 679 5744 or pstewart@irishfilm.ie.