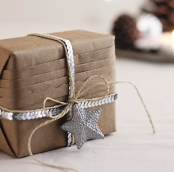 Shopping for a great Christmas gift? Look no further than the IFI Film Shop this December!

Tucked away in the heart of Temple Bar, the IFI Film Shop is bursting with gift ideas this Christmas. One of Dublin’s best specialist shops, it’s got an incredible range DVDs, box-sets and film-books and its knowledgeable staff can guide you to finding a great gift, whether you’ve been all over the city tracking down that perfect film or you’re all out of ideas and need a helping hand. Opening hours are specially extended this December and the shop is open right up until Christmas Eve*. Some of the best arthouse hits of 2014 have already made it to DVD like Pawel Pawlikowski’s stunning communist era Polish drama Ida (nominated for 2014’s best film by The Irish Times) and Italian maestro Paolo Sorrentino’s rich and wonderful survey of the spirt of Rome in The Great Beauty.   Buying for an Instagram-addict? Inspire a bit more creativity with hit documentary on a reclusive photographer Finding Vivian Maier. A serious film buff? Let them settle into a box-set with The Werner Herzog Collection or The Story of Film. Irish Film has had a bumper year so there’s some great new titles available for sale. Are they ever off their earphones? Lenny Abrahamson’s exploration of musical genius Frank, starring Michael Fassbender will fit the bill. Someone who’s keen on a good political debate? Put some fire in their bellies with Ken Loach’s Jimmy’s Hall or Ian Power’s The Guarantee. A true blue Dub? Let them explore the city’s heritage and history in One Million Dubliners. Follow on Twitter (@IFI_FilmShop) to find out more about our daily prize offerings in the run up to Christmas. All you have to do it RETWEET to be in with a chance of winning. What a nice treat this holiday season!

If you’re still at a loss don’t forget you can buy a year-long IFI Membership with all the discounts and benefits as a gift from just €15 or buy IFI Gift Vouchers that can be used in IFI Cinema, IFI Film Shop or IFI Café Bar.   To talk to a member of the shop staff call 01 679 5727 or call in at the IFI Film Shop, 6 Eustace Street, Temple Bar, Dublin 2.