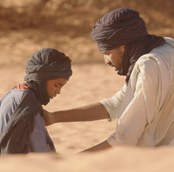 Artistic Director of the Carte Noire IFI French Film Festival, Marie-Pierre Richard tells us what she thinks will be the big hits and hidden gems of this years Festival

Goodbye to Language 3D as a counterpoint to the Nouvelle Vague programme we’re thrilled to be screening Godard’s latest work filmed in 3D. The film won the Jury’s Prize at Cannes this year – with Xavier Dolan’s Mommy. We’re also delighted that Gerard Byrne will introduce the film. Gerard is one of Ireland’s foremost contemporary artists. His work concerns the ambiguity of language and translation from text to image, exploring this through film, photography and complex multi-screen installation.

Guests Mathieu Amalric and Pascale Ferran
This year we’re delighted to welcome director and actor Mathieu Amalric and director Pascale Ferran. It is a great honour to have both of them here. Mathieu Amalric will present his own film The Blue Room , screening on Friday 21st at 19.15. A prolific actor, Amalric is perhaps best known for his role as a quadriplegic fashion editor in The Diving Bell and the Butterfly, as the villain in Quantum of Solace, and recently in Roman Polanski’s Venus in Fur and Wes Anderson’s The Grand Budapest Hotel. Mathieu Amalric is also a greatly respected director. His film On Tour won the Best Director Award at Cannes in 2010. Mathieu Amalric directed, wrote and played in The Blue Room (2014 Cannes’s Un Certain Regard selection), an erotic thriller which is a stunning adaptation of a Georges Simenon novel from the 1960s transposed into the present with highly stylized acting and imagery. The film is scripted by both Mathieu Amalric and his wife Stéphanie Cléau and they also play the lovers at the centre of the film.

Mathieu Amalric is here also to present two other films and take part in post-screening Q&As on Saturday November 22nd, one with the drama/comedy If You Don’t I Will (Arrette ou je continue) and the comedy/love/thriller, Love is a Perfect Crime (L’Amour est un crime parfait)

Pascale Ferran is a fascinating and audacious filmmaker, I love her work! Her films are meditative, sensory experiences. Her impressive 1994  Petits Arrangements avec les Morts won the Caméra d’Or prize in Cannes. In 2006, her film Lady Chatterley based on Lawrence’s story, John Thomas and Lady Jane, received numerous awards. Her latest work, Bird People , competed this year at Cannes in the Un Certain Regard section. It’s such a great honour to have her in Dublin for the Festival. Pascale Ferran will be here to take part in a Q&A following the screening of both films Bird People and Lady Chatterley . Oh and her free masterclass on Sunday 23rd at 12.00 (noon) is not to be missed! School of Babel is a fascinating and very moving documentary portrait of children in France who speak little or no French and are placed in a special class to be taught the language until they are ready to join their peers in regular classrooms. Over the course of a year, director Julie Bertuccelli (who made Since Otar Left and The Tree – with Charlotte Gainsbourg) has filmed their exchanges, conflicts, hopes and doubts.

Eastern Boys a complex, distinctive and captivating won the Best Film at the Venice Film Festival in 2013 (Orizzonti Selection). Director Robin Campillo is known as editor and co-writer of Laurent Cantet’s Human Resources, Time Out and Palme d’Or winner, The Class. The French TV series The Returned (Les Revenants) broadcast on Channel 4, is based on Campillo’s film of the same name released in 2004.

Timbuktu by acclaimed Mauritanian director Abderrahmane Sissako, was selected to compete for the Palme d’Or in the Main Competition Section at the 2014 Cannes Film Festival. It won the Prize of the Ecumenical Jury amongst much critical acclaim. I’ve just read that it has been selected as the Mauritanian entry for the Best Foreign Language Film at the 87th Academy Awards.

Another film not to be missed is our not-so-hidden festival closing film 40-Love, on Sunday November 30th at 6pm.This impressive debut of sparse, dry realism by director Stéphane Demoustier and produced by the Dardenne brothers, brings together a great cast: the wonderful Olivier Gourmet, a regular Dardenne brothers’s collaborator, Valeria Bruni-Tedeschi (seen recently in the Italian neo-noir film Human Capital and the impressive newcomer Charles Merienne,

Lastly, without forgetting the great Bruno Dumont and Michel Houellebecq! The Carte Noire IFI French Film Festival runs at the IFI from November 19th to 30th 2014.