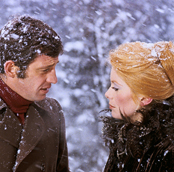 Marie-Pierre Richard: A Day in the life of the Carte Noire IFI French Film Festival

Marie-Pierre Richard is the artistic director of the Carte Noire IFI French Film Festival and has been working on the festival for a number of years. She tells us about her role and what it entails.

My work for the Carte Noire IFI French Film Festival begins almost a year in advance. I’m always watching for new trends and developments in French cinema. I get the opportunity to see many of these at the Cannes Film Festival each year. As I research and develop the programme I look at the work of established directors, and of course always with a look back at classic French cinema to establish underlying themes and connections. I’ll liaise with actors, directors, producers, film sales agents and local distributors to develop a rich and diverse programme. There are always some films you can’t have, and you’d always like to screen more, but gradually a coherent programme emerges. Arrangements and negotiations go on right up to the beginning of the festival, and there are lots of dedicated people at the IFI that attend to this with me. The Festival itself is a very busy time – checking everything is in place, attending to the guests – we have some real treats this year – and also there are so many wonderful screenings I’d like to attend!

As the festival artistic director you need to keep an eye and an ear on all that’s going on in French cinema. Despite the high volume of production, and the many changes in the industry, French cinema continues to be full of vitality. So part of my job is to bring the work of young and emerging directors to an Irish audience. This year in particular, these include our opening film, Céline Sciamma’s stunning Girlhood (Bande de Filles) and directors Guillaume Brac and Vincent Mariette, both of whom made a name for themselves with some wonderful short films. We’re bringing their first features Tonnerre (Brac) and Fool Circle (Tristesse Club) (Mariette) to the festival this year. Both in their 30s, they studied at the French national film school La Femis, and often work with the same actor Vincent Macaigne, who has been hailed as the new Depardieu. Their films are low budget, and playfully mix genres. They are clearly aware of and play with cinematic history. Films not to be missed!

I’m always looking for connections to add depth to the programme, and many of the films this year are defined by rigorous direction, vibrant acting and by their links to previous cinema generations.In this respect, it’s also important to have classic works in the programme. Having worked for a number of years in film distribution in Paris specialising in the restoration and reissuing of classic films I’m always very keen to include classic French cinema – there are just so many treasures.

On reading Antoine de Baecque’s filmography on Eric Rohmer, I was prompted to look again at his writing on Godard, Truffaut and on Les Cahiers du cinéma. I invited Antoine to select and present works from Godard, Truffaut and Rohmer, directors synonymous with the Nouvelle Vague. We’ll be screening Antoine’s documentary Two in the Wave (Deux de la vague), on the friendship and decline of the relationship between Truffaut and Godard, and François Truffaut’s Mississippi Mermaid (1969) starring the young and beautiful Jean-Paul Belmondo and Catherine Deneuve. We have the great privilege to screen the new restored version, a rare occasion to discover this most beautiful film by Truffaut. Antoine de Baecque will also be in conversation with Dr Douglas Smith (UCD) on French New Wave and Cinephilia.

We’re extending our classic programme with a screening of Hiroshima mon Amour in tribute to Alain Resnais and marking the Marguerite Duras centenary – with an introduction from Dr Brigitte Le Juez (DCU).

I’ve been an avid cinema goer for most of my life. Cinema has always filled me with wonder and curiosity: beauty, poetry, tragedy. I’m still fuelled by that same curiosity!