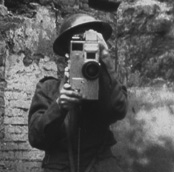 Activism, history, art, and cinema itself are in the frame in the provocative and vibrant IFI Stranger Than Fiction Documentary Film Festival programme that runs 25th-28th Sept 2014

Featuring two world premieres and seven Irish premieres in a packed programme of documentary film, the IFI Stranger Than Fiction is once again set to challenge, reveal, inform and inspire Irish documentary fans and filmmakers from 25th to 28th September 2014. The programme includes a new film from Kim Longinotto that captures the history of love on screen, a profile of notorious Irish-American crime boss James ‘Whitey’ Bulger, restored footage of the liberation of Europe in 1945, the fabricated case against Ai Weiwei, a profile of the late, great film critic Roger Ebert and the world premiere of Showrunners which reveals the writer/producer masterminds behind quality U.S television. There will be a host of Q+As with Irish and international guest filmmakers including Kim Longinotto, Andre Singer, Des Doyle,  Brian Reddin and Amir Amirani a series of industry special events presented in partnership with Bord Scannán na hÉireann/Irish Film Board.

For full details on the IFI Stranger Than Fiction Festival 2014 visit the website www.ifi.ie/stf