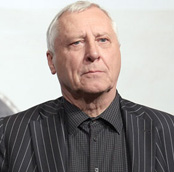 Director Peter Greenaway to attend the IFI on Sunday, July 13th for a Q&A

On the occasion of the opening of Peter Greenaway’s new film, Goltzius and the Pelican Company (opens July 11th), the IFI is delighted to welcome the director for a Q&A session which will take place after the 18.10 screening on Sunday, July 13th.

In a career which has now lasted over half a century, Greenaway has established himself as a filmmaker of exquisite artistry, whose baroque visual style is often contrasted by narratives intrigued with the baser side of human nature. His work has frequently caused controversy, and regularly proves divisive to audiences; his latest film continues in this tradition, with beautifully framed discursions on art, morality, and the function of mass media surrounding episodes of graphic sex and violence.

Unashamedly articulate and intellectual, this should prove a fascinating opportunity to hear a singular filmmaker discuss his work.