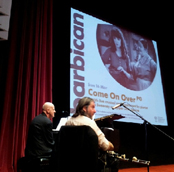 The session, chaired by Sunniva O’Flynn, IFI Head of Irish Film Programming, will include a discussion about distribution of Irish cinema through international cultural channels and create a space for festival programmers, filmmakers, and funders to meet. There will be presentations from exhibitors in English and non-English speaking territories and will identify funding and other resources available to international exhibitors of Irish film.

Supported by Culture Ireland, IFI International works with over 100 exhibition partners in more than 40 countries annually to strategically develop a global audience for Irish film culture. Irish film programmes are presented in contexts which enhance understanding of Irish cinema and which provide new routes for audiences who may be unfamiliar with Irish culture.

For full details including how to book visit the Galway Film Fleadh event page.