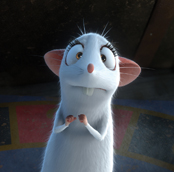 This year’s Festival promises to make the summer holidays magic! It’s a packed programme of specially selected family films from around the world – most of which won’t be shown in any other cinema in Ireland. The films in this year’s selection all have a spark of magical inspiration about them- but the stories they tell also include brilliant musical characters such as young South African saxophonist Felix and the silver-haired violinist in Finn – come early for the live jazz band in the IFI foyer. There’s also a Pop-Up Cinema, a 3D film for footy-mad children with a real-life penalty shoot-out, and a farmyard full of animal characters including a noisy Canadian rooster, a cat prince from Japan, a mischievous fox, Shaun the Sheep from the UK and Ireland’s own Wildernuts!

This year’s special FREE Opening Night event It’s Magic at the IFI! (All Ages) in the IFI Foyer will feature magician Brian Daly demonstrating some of his incredible magic and encouraging young participants to show off their own tricks. Following on from that event will be the Opening Night Irish premiere of The House of Magic (IFCO Cert: G). Telling the wonderful animated story of the animal inhabitants of The Illustrious Lorenzo’s gadget filled mansion, the film will be introduced by RTÉ’s Diana Bunici. Magician Brian Daly will also perform a grand trick before the films starts!

Guess who is getting his own feature film in 2015? Shaun the Sheep! To celebrate, the IFI is putting some episodes of everyone’s favourite woolly farm animal on the big screen at the Shaun the Sheep Special Event (age 4+). Afterwards come down to the Foyer Farmyard and create some farmyard figures through arts and crafts, then go out to Meeting House Square to see Agri Aware’s Mobile Farm with real-life animal friends of Shaun including cows, sheep, pigs and hens– all supervised by trained farmers. If you’re lucky you might get to hold and feed some of the animals.

Other highlights for younger film fans include The Rooster of St-Victor (Age 5+), which tells the story of a busy French-Canadian village which decides to get rid of its noisy rooster – until bad luck strikes and they frantically try to get him back; Kavaleer’s Irish series Wildernuts on the big screen, with a special introduction from naturalist and Wildernuts adviser Éanna Ní Lamhna and voiceover artist Paul Tylak; and the IFI’s ever popular shorts selection Short Tales 1 (Age 4+) for younger children – a perfect way to introduce little ones to the joys of cinema!

For those children who are becoming more experienced filmgoers, it’s time to check out two films that are brimming with a love of music; the Dublin Premiere of Felix (Age 8+), which tells the story of a young South African boy learning to play the Sax with his Dad’s old bandmates; and the Irish Premiere of the wonderful Dutch/Belgian film Finn (Age 8+), which tells the story of Finn who discovers the power of music in an enchanted story of love and loss. There’s also a brilliant selection of international shorts for older children Short Tales 2 (8+) with films from Venezuela, France, Italy and Turkey.

Of course it’s a football-mad summer so don’t forget to check out The Unbeatables 3D (Ages 7+) , an animation which tells the story of table football champ Amadeo and a magical team of foosball players who come to life to help him save the town. Stick around afterwards for a penalty shoot-out in association with FAI Summer Soccer Schools. Another highlight for this age group is Zip & Zap and the Marble Gang (Age 7+) a rip-roaring Spanish adventure about a gang of kids in a summer school who band together to find some fun and treasure!

Older children won’t want to miss a real treat of a film from India The Fort (Age 12+) which won a prestigious Crystal Bear at the Berlin Film Festival. A hugely rewarding story of eleven-year-old Chinu and his mother trying to settle down in a new home in the Indian countryside –it’s one not to be missed.

Alongside the rich programme of film screenings there’s also three brilliant workshops for children to sign up to during the IFI Family Festival. Artist Maeve Clancy will be creating a pop-up book which tells the history of cinema in her three-hour workshop Pop-Up Film Tales (Ages 8-10) and creating a short film for participants to share online with friends. There’s also a chance to explore the art of VJing with filmmaker Eavan Aiken in the four-hour VJ Vault Workshop (Ages 10-13).Learn how to manipulate and loop moving images to correspond to music and get a rare opportunity to work creatively with our national cinema heritage from the IFI Irish Film Archive.

Girl See, Girl Do (Age 9-12) is a special two-hour workshop for girls and boys with The Irish Times film critic Tara Brady, which looks at female film characters and whether or not films pass the Bechdel Test – come dressed as your favourite movie heroine (or hero)! This workshop runs before a specially selected screening of The Cat Returns (IFCO Cert: G) a brilliant Japanese animation from Studio Ghibli which puts a teenage girl adventurer front and centre – follow Haru as she tries to escape her mysterious entanglement with the Cat Prince. Look out for a cosplay Haru in the IFI Foyer before the film!

On Opening Night there will also be a chance to hear from the IFI’s Young Media Explorers (YMEs). Working with filmmaker Baz Al-Rawi in the run up and through the festival, the YMEs (Aged 9-12) will be creating a short promotional film, watching films from around the world, engaging with the Festival using new media technologies and helping the festival team. To find out more about becoming one of this years’ YME contact the IFI Education Team. Supported by Dublin City Council and Creative Europe.

This year’s Festival is a fun, fabulous and fantastic celebration of the best family films from around the world, so don’t forget to add a bit of magic to this year’s summer holidays at the IFI Family Festival.

11am Shaun and the Sheep Special Event (Age 4+)

*These subtitled screenings will be read aloud by an experienced reader.

Full details of the Festival programme are online at www.ifi.ie/familyfest or pick up a flyer from the IFI.

Children under 12 must be accompanied by an adult in the cinema with the exception for the chaperoned screenings of Short Tales 2 and The Cat Returns. Parents/Guardians must nevertheless remain in the vicinity of the IFI.

For more media information, interview requests and high-res images please contact Patrick Stewart at the IFI on 01 679 5744 or email pstewart@irishfilm.ie.