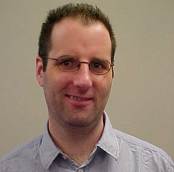 Darragh O’Donoghue has been named winner of the IFI Pete Walsh Critical Writing Award for his review of Rob Epstein’s 2013 film Lovelace.

The Pete Walsh Critical Writing Award is a new annual award inspired by the late, esteemed IFI programmer Pete Walsh. Reflecting Pete’s passion for good writing about film, the award recognises an outstanding piece of critical writing on any one film theatrically screened in Ireland during the previous calendar year.

Chairman of the Judging Panel Tony Tracy, Lecturer in Film Studies at Huston School of Film, NUI Galway said ‘I was struck by the number and quality of entries that struggle with the effect and meaning of a film text. The judges felt that Darragh O’Donoghue’s fine piece on Lovelace (a film widely overlooked in 2013) was the most complete in terms of analysis, writing competency and intelligent reference to other films and we’re delighted to congratulate him as this year’s winner.’

You can read Darragh O’Donoghue’s winning entry on the IFI website here, or in the June IFI monthly programme. He also receives a year’s free entry to IFI cinemas.

For more information and to check for updates about next year’s competition visit www.ifi.ie/writingaward