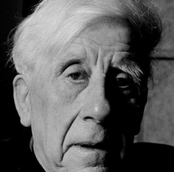 Poetry in motion for Dublin: One City, One Book

See Dublin poetry in motion at the IFI this April, in a series of films and special guests including Alan Gilsenan and Sé Merry Doyle, selected for this year’s Dublin: One City, One Book

This year’s Dublin: One City, One Book choice If Ever You Go: A Map of Dublin in Poetry and Song inspires a richly varied programme of films about Dublin poets and poetry that will be shown as part of a special bumper edition of the IFI’s free Archive at Lunchtime strand and a special From the Vaults screening of Words Upon the Window Pane.

Sunniva O’Flynn, Head of Irish Film Programming said ‘“If Ever You Go is a tremendously exciting compendium which, quite literally, creates accessible new routes for appreciation of Dublin through poetry and song. Our film strand adds texture to that journey by drawing on a rich seam of material tracing Irish filmmakers’ varied responses to their literary heritage.”’

April’s ‘From the Vaults’ screening is an elegant period peace Words Upon the Window Pane (April 9th 6.30pm) based on a one-act play by W. B Yeats. Set during a series of séances in Dublin in 1928, the spirit of Jonathan Swift (Jim Sheridan!) and the two women who loved him too passionately act out the torment of their tragic triangle. The superb cast includes Bríd Brennan, Orla Brady, Ian Richardson, Geraldine Chaplin, Geraldine James, John Lynch, Gerard McSorley and Hugh O’Connor.

During the week on Mondays and Wednesdays, Archive at Lunchtime offers a chance to see Brendan Behan interviewed in fine, relaxed form in Meet the Quare Fellow; a short film exploration of Austin Clarke’s 1966 intensely personal poem Mnemosyne Lay in Dust; a German animation of Oscar Wilde’s The Selfish Giant which was recently uncovered in the IFI Irish Film Archive , the fine recent special edition of TG4’s arts show Imeall: A tribute to Seamus Heaney (introduced by Theo Dorgan) and a Venice Film Festival award-winning short See you at the Pillar from 1968 that illuminates the literary character of Dublin city.

Saturdays Archive at Lunchtime screenings won’t be the usual double-bill, but instead offers the chance to explore the city’s poetic rhythm in more depth with full-length documentaries. On 5th April Sé Merry Doyle’s award winning Patrick Kavanagh – No Man’s Fool which is a rich visual journey exposing the contradiction that existed between Kavanagh’s public persona and his poetry. Sé Merry Doyle will introduce the screening and then return on the 26th April to present another selection from his work that journey’s deep into the psyche of Dublin Street Traders Alive Alive O – A Requiem for Dublin, a documentary which features the poetry of Paula Meehan.

See here for the full details and times.

Tickets for Archive at Lunchtime screenings are FREE and available in person at the IFI Box Office, by phone on 01 679 3477 or by email at boxoffice@irishfilm.ie

Tickets for the screening of Words Upon the Window Pane are at normal IFI prices and are available in person, on the phone and on the website www.ifi.ie.

For images, interview requests and more information please contact Patrick Stewart at the IFI Press Office on 01 679 5744 or email pstewart@irishfilm.ie