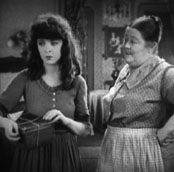 IFI International, supported in all its activities by Culture Ireland, gears up for a particularly busy time as St. Patrick’s Day festivals are celebrated throughout the world with Irish cultural programmes.

There will be a screening of Irish-American comedy Come on Over accompanied by pianist, John Sweeney, and uilleann piper, John Devine at the Barbican, London, as well as a day of Irish shorts at the Prince Charles Cinema in Leicester Square on March 16th, in collaboration with Saint Patrick’s Day London.

The Berlin St. Patrick’s Festival opens on March 17th and will see the launch of Irish Film on Tour, presented in collaboration with the IFI and the Screen Directors Guild of Ireland. The IFI continues to support the Irish Film Festival, Moscow, a key element of Irish Week in Moscow, showcasing Ireland’s leading filmmaking talent with an extensive programme of recent features.