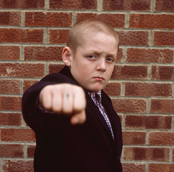 Heroic figures are deeply rooted in Western culture, with heroic representations stretching as far back as Ancient Greece. Early cinema swiftly reimagined heroic archetypes for the screen and soon the villainous bank-robber – then the cowboy of the Western genre – and, later, the blockbuster action hero, all became key figures of our cultural landscape.

Taking the biopic of the late Nelson Mandela, Mandela: Long Walk to Freedom as a contemporary reference point, the IFI’s upcoming Evening Course Heroic Gestures looks at six films that exemplify diverse perspectives on the heroic on film. Each film will be given a full screening on a Tuesday evening at 18.30 and will be accompanied by a follow-up discussion led by film specialists including Dr Harvey O’Brien, Prof. Diane Negra (UCD), Lelia Doolan, Dr. Justin Doherty (TCD), Dr. James Armstrong (NCAD), and Dr. Debbie Ging (DCU).

The range of films in question feature major political figures, female heroes, war heroes, and heroes of counter-culture. Political heroism is embodied on screen here by Denzel Washington in Spike Lee’s gripping Malcolm X and by Bernadette Devlin in Lelia Doolan’s searing documentary Bernadette: Notes on a Political Journey.Another female heroine to examine, this time in studio-era drama, is Bette Davis in her Oscar-winning role as Jezebel, a Southern Belle who flouts the social norms of the 1850s.

Countercultural heroes and heroines are looked at through Shane Meadow’s now iconic look at 1980’s social alienation in This is England and the King of Trash John Waters’ Pink Flamingos, that looks at the heroic interacting with notions of celebrity and fame through the figure of the late drag artist Divine.

Brother/Bratr was a huge domestic hit in Russia in 1997, part of a wave of gangster-dominated films in the Yeltsin era that saw the villain-as-hero rewarded for committing crimes; in this case former soldier Danila Bagrov, who embarks on life as a hitman.

Spaces on the Six-Week Evening Course are available now by calling Sharon Corrigan at the IFI on 01 679 5744 or email scorrigan@irishfilm.ie. The Course costs €60/€55 concs (including tea and coffee). Tickets for these film screenings are not sold individually.

For more media information, for interview requests with the IFI Education Team or for image requests please contact Patrick Stewart at the IFI Press Office on 01 679 5744 or email pstewart@irishfilm.ie.