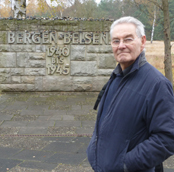 After a hugely successful IFI Stranger Than Fiction 2013, the votes for the Audience Awards have been counted and the Jury has returned it’s verdict for the Short Film Award.

The IFI thanks all the audiences, the filmmakers, the Jury, Irish Film Board/Bord Scannán na hÉireann and in particular Windmill Lane for their extremely generous prize sponsorship. Both the Audience Award for Best Short and the Jury’s Award for Best Short received a €1500 voucher for Mix/Grading at Windmill Lane Creative Post Production and Annual Memberships of the IFI.