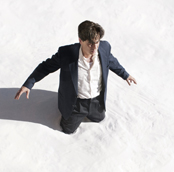 This year’s Carte Noire IFI French Film Festival programme brings a mesmerising collection of French film to Dublin. The twelve days of Gallic opulence at the Festival includes 21 premieres of the best new French films, director’s seasons, a classic film selection, some stunning directorial debuts, the winner of the 2013 Cannes Palme d’Or Blue is the Warmest Colour, which will be accompanied by a special programme celebrating the work of its director Abdellatif Kechiche.

The festival also includes a fantastic line up of special guests presenting and discussing their work including actress Emmanuelle Devos and directors Jérôme Bonnell, Emmanuelle Bercot, John Lalor, Nicolas Philibert (director of 2002 international hit Être et Avoir) and visionary filmmaker Arnaud Desplechin whose work will be celebrated with a special focus and who will also lead a masterclass.

Festival Director Marie-Pierre Richard said ‘The search for identity is the unifying theme in this year’s Festival, explored through many exciting and unique voices in French cinema.’

The Gala Opening film, telling the story of an intriguing brief encounter, is Just a Sigh. A Parisian actress Alix (a luminous Emmanuelle Devos) makes an unexpected connection with an English-speaking stranger (Gabriel Byrne). The screening of this wonderful portrait of a woman on a day when destiny takes hold will include a Q+A with Festival guests, actress Emmanuelle Devos and director Jérôme Bonnell, and will be followed by a reception.

Arnaud Desplechin’s cinema is warm, generous, at times volatile, burlesque and audacious. His new film Jimmy P. (Psychotherapy of a Plains Indian) sees Benicio Del Toro as Jimmy Picard, a Blackfoot Indian hospitalised in Kansas suffering from war-time trauma. Desplechin will take part in a post-screening Q&A and will also take part in a Q+A after 2008’s A Christmas Tale, part of a focus on his career to date at the IFI running throughout November.

Blue is the Warmest Colour was awarded this year’s Palme d’Or in a unanimous decision from the jury and, unusually, the prestigious prize was jointly awarded to Tunisian-French director Abdellatif Kechiche and the two stars of the film Adèle Exarchopoulos and Léa Seydoux. The unanimity very quickly fell away as this intense lesbian love story has proved fiercely controversial since; it’s sure to be one of the unmissable cinema releases of 2013. Kechiche’s full body of work that includesCouscous and Blame it on Voltaire is recognised with a special programme running at the IFI throughout November.

Another undoubted documentary highlight is The Last of the Unjust, Claude Lanzmann’s astonishing documentary that focuses on a series of interviews Lanzmann conducted in 1975 with Benjamin Murmelstein, a contentious figure who was tried and acquitted for Nazi collaboration due to his role as an ‘elder of the Jews’ at Thereseinstadt Ghetto/Concentration Camp.

This year’s Festival’s Classic Film Programme features Jacques Demy’s tender and lyricalLola(1961), here presented on a delicately restored new print. The programme also featuresDocumenteur, a piercingly melancholic ‘emotion picture’ about the end of a relationship, by Demy’s widow and key French filmmaker Agnès Varda. Shown alongside Documenteur is Incident urbain, a short film set outside the French National Library in Paris from France-based Irish artist John Lalor who will discuss working at the intersection of art and cinema with artist Garrett Phelan after the screening.

Directors whose work has been presented regularly at the festival include Francois Ozon withJeune & Jolie, and Xavier Dolan with Tom at the Farm, while familiar on-screen faces can be found throughout the festival such as Catherine Deneuve in On My Way (which will be followed with a Q&A with director Emmanuelle Bercot), Audrey Tatou in Chinese Puzzle, and Tahar Rahim and Léa Seydoux in Grand Central.

Those with children aged 7+ will adore the animated adaptation of the selling-book of the same name My Mommy is in America and she met Buffalo Bill, set in the 1970s it’s a sparkling and thought-proving tale about childhood loss and hiding from the truth.

This is just a sample of the diverse and exciting Carte Noire IFI French Film Festival programme drawn from Europe’s most important cinema culture. Be sure to pick up a programme at the IFI or explore it online at www.ifi.ie/frenchfest and look out for special menus in the IFI Café Bar and annual membership deals running throughout the Festival.

The IFI acknowledges the financial support of its principle funder, the Arts Council. Additionally the Carte Noire IFI French Film Festival is made possible with the support of Carte Noire, the Embassy of France in Ireland, Air France, the Alliance Française, The Irish Times and The Westbury Hotel.

Tickets are available now in person at the IFI Box Office, by telephone on 01 679 3477 or online at www.ifi.ie

Emmanuelle Bercot – Director of On My Way

11.00 IFI Family: My Mommy is in America and she met Buffalo Bill (with reader)

18.30 Me, Myself and Mum (Alliance Française Screening)

Followed by Q&A with Nicolas Philibert

11.00 My Mommy is in America and she met Buffalo Bill (without reader)

Followed by Q+A with John Lalor and Garrett Phelan

Followed by Q+A with Emmanuelle Bercot

The IFI acknowledge the support of the Arts Council.