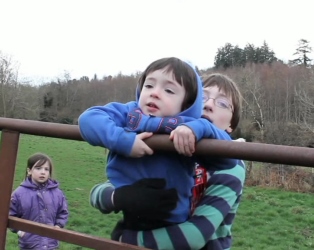 Vote in the IFI Stranger Than Fiction Shorts Awards

Vote for your favourite Documentary Short at this year’s IFI Stranger Than Fiction!

We are delighted to announce that the winners of both awards will receive a prize of a voucher of €1500 towards a grade or mix, kindly offered by Windmill Lane, and two IFI Memberships.

To vote for the Audience Award: Best Short, on Saturday, September 28th, simply choose your favourite short from the slip of paper given to you by IFI Box Office staff, tear off the tab with the title that gets your vote and drop in our Best Short vote box before you leave.

As always, audiences will be given the chance to vote throughout the festival for Best Feature, and the winner will be announced after the festival has ended on the 29th. You will be given a slip with star ratings for a film as you enter its screening. To cast your vote, after you’ve watched the film, simply tear off the tab with the rating (there will be 1 to 5 stars) you choose and drop it into our Best Feature vote box.