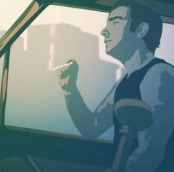 International Critics on the IFI Stranger Than Fiction line up

WOW! Here’s what international critics are saying about the IFI STRANGER THAN FICTION Documentary Film Festival line up!

The Great Hip Hop Hoax: “A smart morality tale about the illusory nature of celebrity, and the pressures it exerts once attained.” Daily Telegraph

Salma: “A story of rare achievement – a Muslim woman who writes her escape out of family servitude in southern India. The documentary, telling her own story in her own voice in her own village, is as poignant as it is simple.” Screen

Smash & Grab: The Story of the Pink Panthers: “Havana Marking’s imaginatively made documentary is a gripping portrait of a daring international jewel-theft ring.” Variety

After Tiller: “Well contextualized and sensitively shot with extraordinary access, the pic reflects the personal, moral and ethical struggles of the doctors as well as their patients, and deserves the widest possible audience.” Variety

Muscle Shoals: “The next must-see music doc connecting dots even some enthusiasts might not know belong together.” Hollywood Reporter

Leviathan: “Edited together into a non-linear and virtually wordless whole, it creates a briny immersive effect that is almost hallucinatory.” Toronto Star

Here Was Cuba: “A classy piece of work with solid appeal as both history lesson and gripping true-story thriller.” Hollywood Reporter

Dragon Girls: “This is an outstanding film that can’t be missed. It’s inspiring and sad in the same moment, and is a fascinating look into a world many of us don’t understand.” Toronto Film Scene