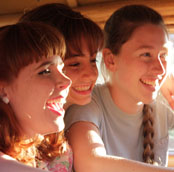 IFI Education supports and enriches the school curriculum from Primary Cycle to Senior Cycle, giving pupils a chance to experience some of the best film for young people. The IFI Schools’ Programme for Autumn Winter 2013 is packed full of great film, special previews, project ideas and nationwide tours.

With film in Junior Cycle, Senior Cycle English, Irish and Modern Languages, educators are increasingly getting the opportunity to tap into young peoples’ enthusiasm for media as well as provide opportunities for them to bring the media literacy skills they use so proficiently out of school into the formal learning situation.

Highlights of the programme for primary students include a FREE preview of Frozen in Disney Digital 3D (tickets are first-come-first-served max. 25 places per school), and the anime love story From up on Poppy Hill. Junior Cycle students can be treated to Lance Daly’s just-released Life’s a Breeze with Pat Shortt or another anime treat Wolf Children.

Older students in Senior Cycle will relish The Great Gatsby (accompanied by a 1920s’ fashion competition and a talk from a fashion historian), French-language title Untouchable (on an extensive national tour), Gael García Bernal in Spanish-language drama set in Pinochet’s Chile No, German titles such as Werner Herzog’s Nosferatu the Vampyre and Frieder Schlaich’s Cause I Have the Looks (on an extensive national tour) and a chance for a new generation to explore an iconic favourite Casablanca which is a Leaving Certificate English Comparative Study text.

Full details of all the screenings are available here. To book contact Dee or Elaine on 01 679 5744 or email schools@irishfilm.ie. Screenings cost €5 per student unless otherwise stated.