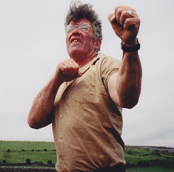 The IFI Stranger Than Fiction 2013 programme was announced today and tickets are now on sale through the IFI Box Office on 01 679 3477 and online at www.ifi.ie/stf

Festival Programmer Ross Whitaker said, ‘I’m delighted to be welcoming some of the best International and Irish documentaries to IFI Stranger Than Fiction Documentary Festival this year. It’s exciting to be holding so many premieres and to be providing what might be in some cases a unique opportunity for cinema loving audiences to see some brilliant documentaries. I’m particularly delighted that so many of the filmmakers, both from Ireland and around the world, will be our guests at the IFI to discuss and contextualise their own work with our audiences’

IFI Stranger Than Fiction 2013 brings a fantastic programme of new documentary film to Dublin for a 4-day Festival that includes 11 new feature films, with a host of Irish, world and Dublin premieres, a brilliant line-up of guest filmmakers and special guests, two short film selections and, in a new partnership with the Irish Film Board/Bord Scannán na hÉireann, a series of documentary discussions workshops and masterclasses. Now in its 10th incarnation, the IFI Stranger Than Fiction Festival (www.ifi.ie/stf) continues to challenge, inform, amaze and inspire.

Full details are available at www.ifi.ie/stf.