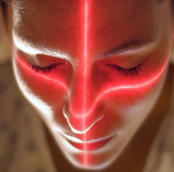 It’s a FIVE STAR FRIDAY at the IFI tonight after UPSTREAM COLOUR garnered rave reviews in this mornings papers with both The Irish Times and the Irish Independent giving it top marks.

Donald Clarke in The Irish Times says ‘Carruth’s greatest achievement is to compose a work that appeals even as it frustrates early efforts to connect the quarelling narratives. It exhibits great formal beauty and permits real emotional connections between its frightened principals.’

Over in the Irish Independent Paul Whitington says ‘Carruth’s is a nightmarish but brilliantly realised world, and for all its eccentricities, Upstream Colour hasn’t a pretentious bone in its body.’

Book your tickets now either online through the film page for UPSTREAM COLOUR, in person at the IFI Box Office or over the phone on 01 679 3477.