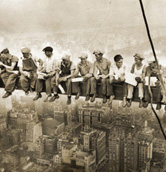 IFI International, an initiative administered by the IFI and funded by Culture Ireland, is inviting Irish film-makers and Irish film exhibitors who are attending the Galway Film Fleadh to join us on Saturday 13th July 9am -12.30pm for a discussion about distribution of Irish cinema through international cultural channels. The session, which will include presentations from funders, filmmakers and festival programmers, will map funding and other resources available to those involved in Irish film exhibition in international contexts.

Light refreshments will be served.