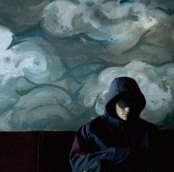 IFI Stranger Than Fiction, Dublin’s Documentary Film Festival is back! The 10th edition of the hugely popular Festival which showcases the best of Irish and International documentary film, will run over 4 days from September 26th  – 29th 2013.

The IFI’s Stranger Than Fiction is extending its deadline for entries until Friday June 28th at 6pm.

For short documentaries, no premiere status is required this year but preference will be given to shorts that are Dublin premieres so please indicate previous Irish screenings in your submission. Films that have been broadcast on Irish television or on a channel available to Irish television audiences should not be entered and will not be considered.

There is no entry fee.

To enter, send two non-returnable DVDs of your film to IFI STRANGER THAN FICTION, Irish Film Institute, 6 Eustace St, Temple Bar, Dublin 2. Include in your package an A4 sheet with the film title, running time, credits (producer, director) and a synopsis of the film of less than 300 words.

Short films are programmed in association with Eat My Shorts, the team that specialises in curating and running high quality shorts programmes all over Ireland.

The deadline for submissions is 6pm, June 28th.